CHICAGO - Two Chicago men are accused of fleeing police in stolen vehicles over the weekend.

Shortly before 11 p.m. on Saturday, troopers with the Statewide Anti-violence Enforcement Unit (S.A.V.E.) located a stolen vehicle that was wanted in connection to a recent armed robbery in Olympia Fields, Illinois.

The officers tried pulling the vehicle over near 87th Street and State Street in Chicago, but the suspect took off, police said.

A chase began and the suspect’s vehicle eventually became disabled, according to police. The offender fled on foot before getting into a second stolen vehicle.

The second stolen vehicle was then involved in a crash with another vehicle on northbound I-94 near Sibley Street. Travis Williams, 21, and 23-year-old Shawnyall Clair were taken into custody. 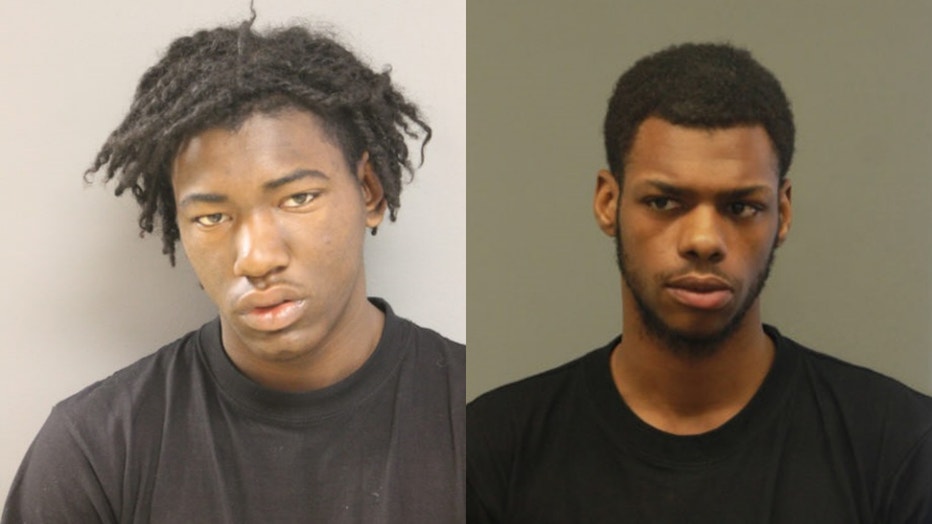 The two men were transported to an area hospital with injuries from the crash, police said.

Three individuals who were in the other vehicle involved in the crash were also transported to an area hospital with minor injuries.

Police say they recovered a firearm from inside the first stolen vehicle.