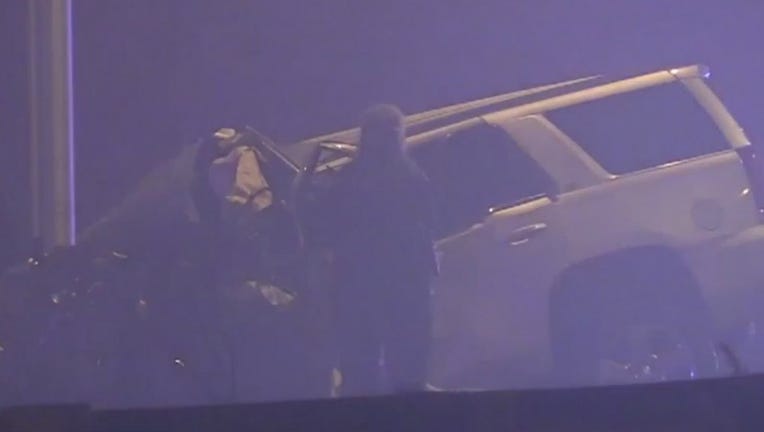 CHICAGO - A wrong-way driver crashed into another vehicle Wednesday night, leaving himself and another driver dead on I-80 near Country Club Hills in the south suburbs.

The crash happened about 11:15 p.m. on I-80 just west of the junction with I-57, Illinois State Police said in a statement.

Samuel Sahagun-Banuelos, 23, of Lansing, was driving east in the westbound lanes when he crashed into another vehicle in the center lane, state police said.

The other vehicle was driven by Keith Bowers, 48, of Merrillville, Indiana, state police said.

Both vehicles came to a rest on opposite shoulders, and each driver was trapped inside, state police said. They both died at the scene.

Autopsies found both died from their injuries, and ruled their deaths accidental, the Cook County medical examiner’s office said.

All westbound lanes were closed until about 3 a.m. Thursday for an investigation.