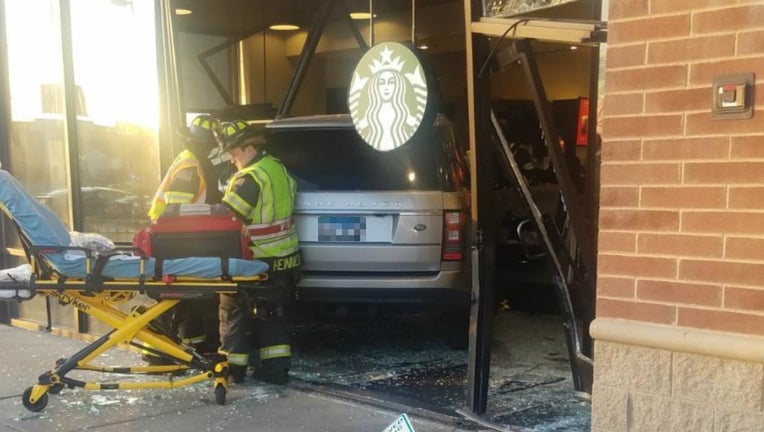 Authorities assess the scene after a vehicle crashed into a Starbucks Dec. 23, 2019, in Matteson. | Provided by police chief Michael Jones

MATTESON - A vehicle slammed into a Starbucks store Monday in south suburban Matteson.

Authorities responded about 3:53 p.m. to a call of a vehicle into a building in the 4800 block of West 211th Street, Matteson Police Chief Michael Jones said.

The woman behind the wheel of the SUV told investigators her foot slipped, causing the vehicle to crash into the store, Jones said.

The SUV went through tables, chairs and was “very close” to hitting the handful of customers who were at the store at the time, Jones said.