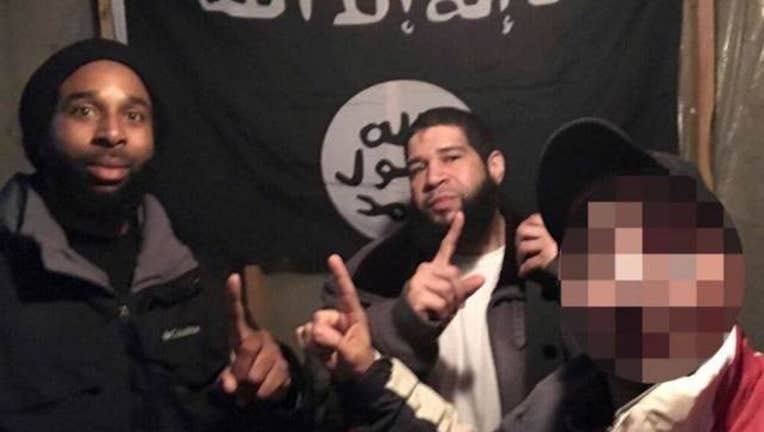 CHICAGO (AP) - Two suburban Chicago men accused of giving cellphones to an undercover FBI agent to be used as detonators for bombs have been convicted of conspiracy to provide material support to the Islamic State group.

Edward Schimenti and Joseph D. Jones, both 37 and from Zion, Illinois, were convicted Thursday after a four-week trial in U.S. District Court in Chicago.

Judge Andrea Wood allowed the men's attorneys to present an entrapment defense. Jones' lawyer, Patrick Boyle, said after the verdict that he was "disappointed" jurors rejected the defense's argument.

The investigation of Jones and Schimenti lasted about 18 months and involved several law enforcement agents working undercover. Prosecutors say Jones and Schimenti eventually helped collect cellphones they thought would be used as detonators overseas. The men were charged in April 2017.