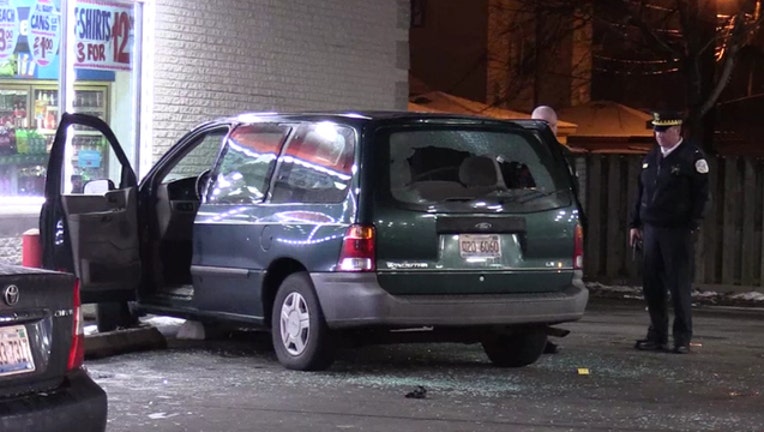 The latest killing happened about 4:30 p.m. in North Lawndale, where someone walked up to a man in the 1300 block of South Komensky and shot him repeatedly. He was taken to Mount Sinai Hospital, where he died at 5:13 p.m., according to Chicago Police and the Cook County medical examiner’s office.

Shortly after noon, a 21-year-old woman was outside with a male in Humboldt Park’s 1000 block of North Harding when a gunman walked up and opened fire, hitting her in the leg and him in the chest. He was taken to Mount Sinai, where he died at 12:30 p.m., and she was taken in good condition to Norwegian American Hospital, authorities said.

The Cook County medical examiner’s office has not released the victims’ names or ages.

The most recent shooting happened at 9:21 p.m. in East Garfield Park, where someone shot a 49-year-old man in the arm and chest on a sidewalk in the 300 block of North St. Louis, police said. He was taken to Mount Sinai in serious condition.

Just before 7 p.m. in the same neighborhood, a 30-year-old man was inside a car in the 2800 block of West Wilcox when another vehicle pulled up and someone inside it shot him in the back. He was taken to Stroger Hospital, where his condition was stabilized, police said.

About the same time, a vehicle pulled up to a 27-year-old man outside in Austin’s 5700 block of West Augusta and someone inside shot him in the hip and back, police said. He took himself to West Suburban Medical Center in Oak Park and was stabilized at Stroger.

At 6:12 p.m., someone shot an 18-year-old man in the leg as he walked out of a Back of the Yards neighborhood home in the 4500 block of South Marshfield, police said. He was taken to the University of Illinois Hospital, and his condition was stabilized.

Shortly before 5 p.m., a 22-year-old man was driving in the 8700 block of South Racine in Auburn Gresham when someone in a vehicle behind him opened fire, hitting him in the legs, police said. His condition was stabilized at Christ Medical Center in Oak Lawn, and police took two people into custody after a traffic crash a mile away.

About 3 p.m., a 33-year-old man was shot in the chest inside a home in the Chicago Lawn neighborhood’s 3000 block of West Marquette Road, police said. He was taken in serious condition to Christ Medical Center.

An hour before that, someone in a white car shot a 35-year-old man in the chest as he stood outside in North Lawndale’s 1100 block of South Francisco, police said. His condition was stabilized at Mount Sinai.

The city tallied its first shooting Tuesday about 1:15 a.m. in Gresham. A 16-year-old boy and 22-year-old man were sitting in a vehicle parked in the 7900 block of South Damen when they got into an argument with people in another vehicle and shots were exchanged, police said. The boy was shot in the back and taken to Christ, while the man was shot in the leg and taken to Mount Sinai. Their conditions were stabilized, police said.

Additionally, about 7:30 pm., someone fired shots at Chicago Police officers for at least the fourth time in a week. No one was hurt, and a person of interest was being questioned.