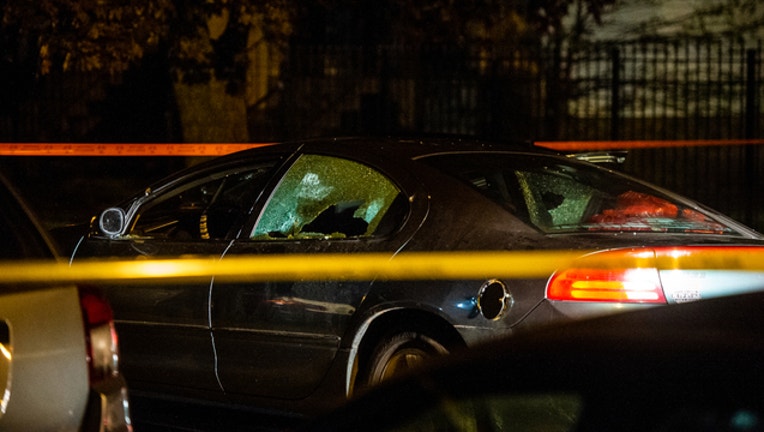 CHICAGO (SUN TIMES MEDIA WIRE) - Two people — including a 15-year-old boy — were killed and eight others were wounded Tuesday in shootings across Chicago.

The boy was with a 23-year-old woman about 2:16 p.m. in the 200 block of West 113th Street in Roseland when someone opened fire from a vehicle, Chicago police said.

The boy was struck in the head, abdomen and lower body, and the woman was shot in the chest, police said. Both were taken to Christ Medical Center in Oak Lawn where the boy was pronounced. The woman was in serious condition.

Less than a half hour earlier, a man was found dead in Stony Island Park.

Police found an 18-year-old unresponsive about 1:59 p.m. in the 1800 block of East 86th Street, police said. He had multiple gunshot wounds and was pronounced dead at Jackson Park Hospital.

In non-fatal shootings, two men were injured in shootings about an hour apart from each other.

The first one happened in Trumbull Park about 7:52 in the 2400 block of East 107th Street, police said. A 23-year-old man was found inside a residence with a gunshot wound to the leg.

The man was taken to the University of Chicago Medical Center where his condition was stabilized, police said. He didn’t give officers any information about the shooting.

An hour later, a 25-year-old was critically wounded in Park Manor after someone hit his vehicle in the 600 block of East 73rd Street. About 8:53 p.m., someone in a white SUV came out firing shots after the crash, police said.

The man was hit in the chest, leg, neck and back, police said. He was taken to the University of Chicago Medical Center in critical condition.

A man in the Near West Side was hurt after being shot in the shoulder.

He was in the 3100 block of West Monroe Street about 4 p.m. when someone approached him, firing shots, police said. He as taken to Stroger Hospital in good condition.

In Avondale, a man was injured about 10:20 a.m. in the 3200 block of North Drake Avenue after someone fired shots while he was walking, police said.

The 19-year-old man was shot in the foot and grazed in the hand. Hewent to Illinois Masonic Medical Center in good condition, police said. The shooting also damaged the front passenger window of a vehicle driving on Belmont Avenue.

In Englewood, a 30-year-old was injured in a drive-by.

He was in a vehicle about 4:15 a.m. in an alley in the 5600 block of South Halsted Street when someone in a white SUV drove up and fired shots, police said. The SUV fled, and the man who was shot drove off, crashing his vehicle a short distance away.

The man was hit in the hand and went to the University of Chicago Medical Center in good condition.

The day’s first shooting happened in South Chicago, injuring a man and a woman.

About 2:15 a.m. in the 8400 block of South Saginaw, a 23-year-old woman and 24-year-old man were in separate vehicles when someone drove up and fired shots.

The man was struck in the neck, and the woman was hit in the abdomen. Their conditions were stabilized at University of Chicago Medical Center, police said.

On Monday, six people were shot — 1 fatally — in Chicago.