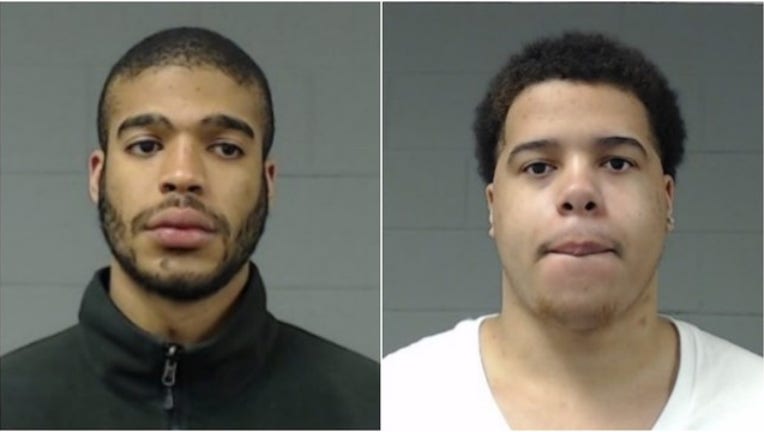 CHICAGO (Sun-Times Media Wire) - Two men are facing charges after one of them fired off a round to prove that the gun he was selling worked properly and it alerted police in west suburban Warrenville.

Kristian Hepburn, 21, is charged with felony reckless discharge of a firearm, felony aggravated unlawful use of a weapon and felony defacing identification of a firearm, according to Warrenville police.

Tandre Felix, 19, is charged with felony aggravated unlawful use of a weapon and felony defacing identification of a firearm, police said.

On Tuesday, about midnight, officers responded to reports of a single gunshot in the 2S700 block of Winchester Circle West in Warrenvile, police said. They located a group in an alley near the sound of the shot.

Hepburn was allegedly trying to sell the gun to someone in the group and fired one shot to prove that it was in working condition, police said. When officers arrived, Felix allegedly grabbed the gun and threw it on the ground to hide it from police.

Hepburn and Felix are being held at the DuPage County Jail on $7,500 bond each.