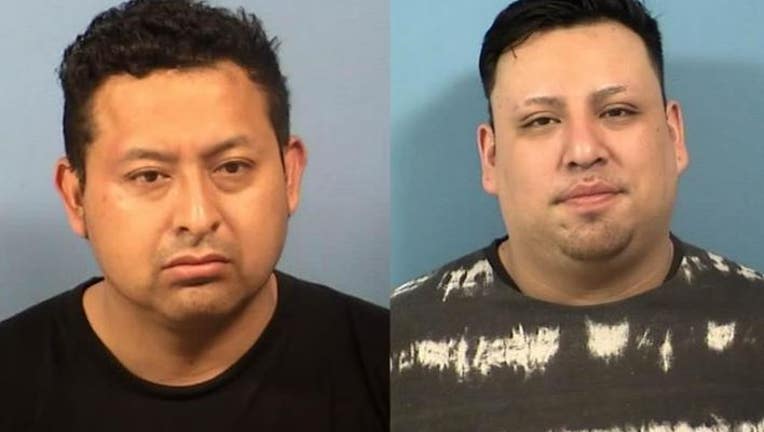 NAPERVILLE, Ill. - Bond has been set at $150,000 for two Naperville men accused of entering a man's home and beating him in front of his daughter.

Ricardo Jimenez-Velazquez, 36, and Luis Rojas, 30, have each been charged with one count of home invasion, causing injury.

On Tuesday, Naperville police officers responded to a call on North Sleight Street of a home invasion involving injury.

According to investigators, at about 6:30 a.m., two suspects, later identified as Jimenez-Velazquez and Rojas, allegedly entered the victim's home while the victim and his minor daughter were asleep.

Once inside, Jimenez-Velazquez and Rojas allegedly proceeded upstairs to the bedroom, where the victim was sleeping.

When the victim attempted to have the two leave his residence, Jimenez-Velazquez and Rojas punched and kicked him multiple times.

Both suspects were taken into custody later that day without incident, prosecutors said.

"It is alleged that in the early morning hours, these two defendants illegally entered the victim’s home while he and his minor daughter were sleeping and proceeded to beat the man in front of his daughter," said DuPage County State’s Attorney Robert Berlin. "People have the right to feel safe in their homes and it is alleged that these two men violated the security a home provides."