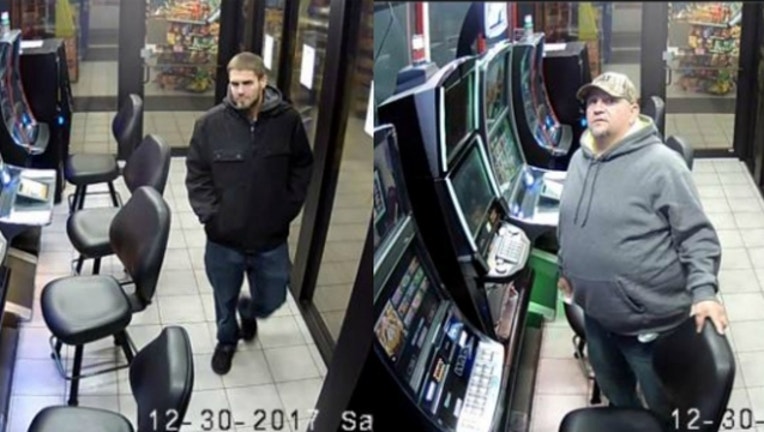 SUN TIMES MEDIA WIRE - The Illinois Gaming Board is looking for two men suspected of carrying out several burglaries at video gaming establishments in recent months, including one in south suburban Monee.

According to the gaming board, one man acts as a look-out while a second man breaks into video gaming terminals and redemption devices to steal cash. The suspects are believed to be driving a mid-2000s silver Pontiac Grand Prix.

The burglaries occurred at a Pilot Travel Center in Monee, as well as at locations throughout the state, including Powhatan Restaurant in Pocahontas; Huck’s Truck Stop in Marion; and the Downs Travel Mart in Downs, the gaming board said.

Anyone with information on the suspects should call the board’s Video Gaming hotline at (855) 494-0237. Callers can remain anonymous.