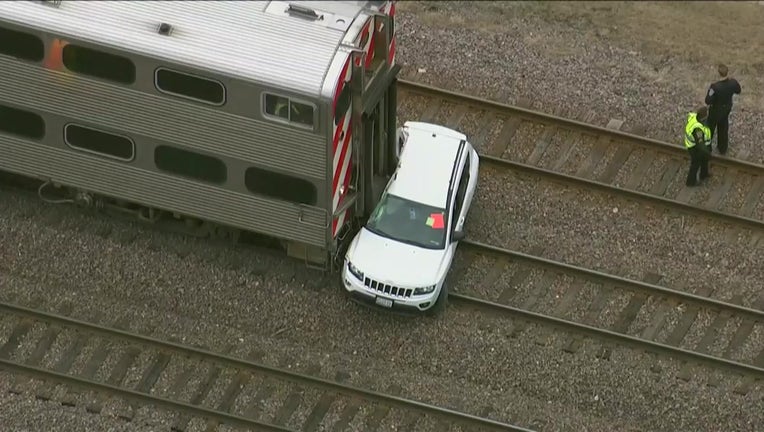 ARLINGTON HEIGHTS, Ill. - A driver and her passenger were taken to a hospital Monday after a Metra Union Pacific Northwest train struck a vehicle in northwest suburban Arlington Heights, halting trains in both directions for hours.

Trains were halted until shortly before 2 p.m., according to Metra service alerts.

The driver was conscious but had to be pulled from the vehicle, according to the Arlington Heights Fire Department. She had injuries that were not life-threatening, police and fire officials said.

The driver and passenger were both taken to Northwest Community Hospital in Arlington Heights for evaluation, Reile said.

Passengers of the train were unloaded from the train’s rear car, which was located over an intersection, she said.

O’Brien, of Arlington Heights, was cited disobeying an activated crossing, according to Metra.