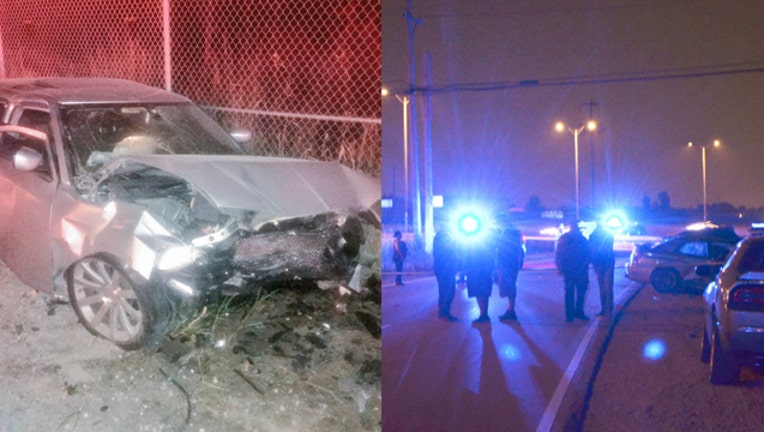 CHICAGO (Sun-Times Media Wire) - Two teenage boys were killed late Saturday in a high-speed, head-on collision on the Far South Side that critically injured the occupants of another car.

About 11:30 p.m., the boys were traveling north in a Subaru at a high rate of speed when the vehicle crashed head-on into a Chrysler 300 in the 12000 block of South Doty Avenue, according to Chicago Police and fire department officials.

The occupants of the Subaru, 16-year-old Zachery Ryan Tomak and 17-year-old Michael Clark, were taken to University of Chicago Medical Center in Oak Lawn, where they were pronounced dead over an hour later, according to fire and police officials and the Cook County Medical Examiner’s Office. They both lived in Portage, Indiana.

Autopsies conducted Monday found they both died of multiple injuries from the crash and their deaths were ruled accidents, according to the medical examiner’s office.

The Chrysler’s driver, a 21-year-old man, and his passenger, a 16-year-old boy, were taken to Christ Medical Center in Oak Lawn, police said. They were both listed in critical condition.

The crash happened on a roadway that runs along Interstate 94 in the Pullman Industrial Corridor, an area where vehicles are known to race, authorities said.