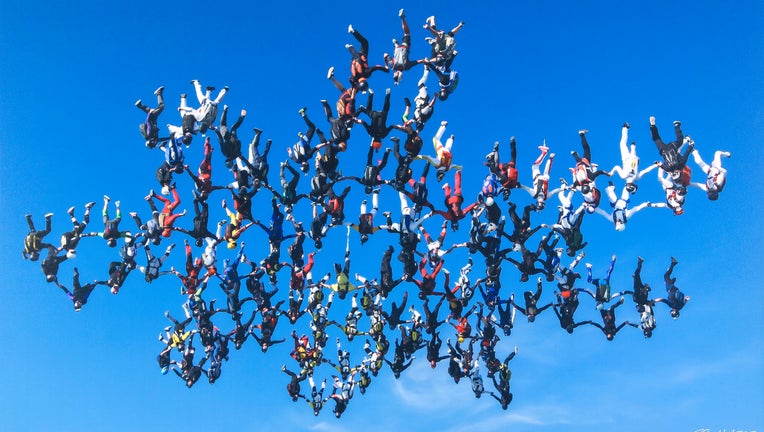 OTTAWA, Illinois - Two hundred skydivers will attempt to break a world record at Skydive Chicago in Ottawa starting on August 22.

The goal is to create a 200-person "head-down vertical" formation.

This will require ten aircraft flying at 19,000 feet, which will give them 60 seconds to complete the formation. They have to lock arms in a pre-assigned pattern.

The skydive record attempts will be conducted on August 22 through August 26 from 8 a.m. to sunset.

The world record was established in 2015 by 164 skydivers.