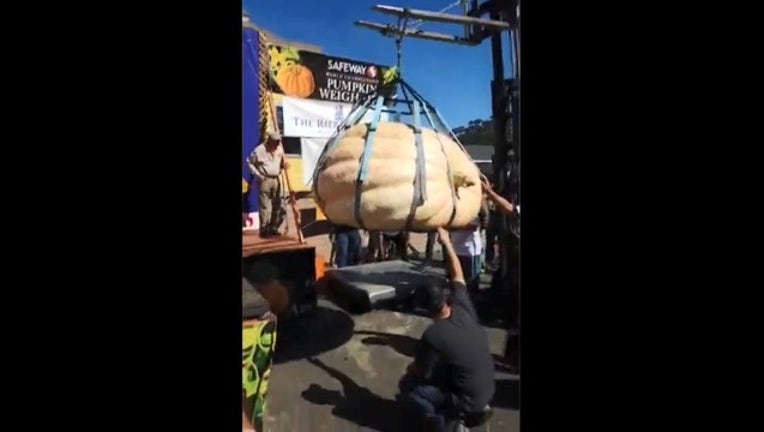 The 2,170 pound, award-winning pumpking in the annual Half Moon Bay weigh off.

Steve Daletas, of Pleasant Hill, Oregon, on Monday credited a good seed and lots of sunny days since he planted it April 15 hoping to win the 45th World Championship Pumpkin Weigh-Off in Half Moon Bay, California.

It is the fourth time Daleta takes top honors at the annual pumpkin-weighing contest. He won $15,190 for the lumpy pumpkin that will be showcased at Half Moon Bay Art & Pumpkin Festival this weekend.

He says he used a backhoe to place it on a pickup truck and drove it for 12 hours to California.

The world record for largest pumpkin was set in a 2014 weigh-off in Germany by Swiss farmer Beni Meier who grew a 2,323-pound (1,053 kilograms) pumpkin.