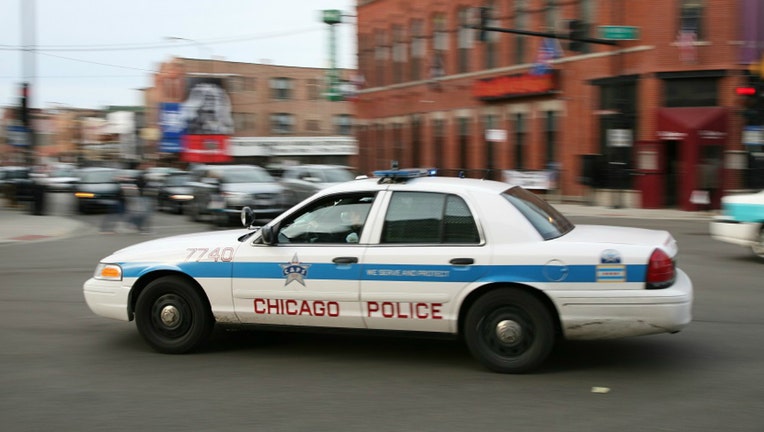 The day’s most recent reported shooting wounded an 18-year-old in a drive-by in South Shore on the South Side.

About 11:10 p.m. he was driving when he noticed a dark-colored vehicle approach him in the 7400 block of South Yates Boulevard, and began firing shots, Chicago police said.

He was struck in the back and was taken to the University of Chicago Medical Center in good condition, police said.

About thirty minutes prior a 36-year-old man was wounded when he was shot in New City on the South Side.

He was on the sidewalk about 10:35 p.m. in the 600 block of West 48th Street when someone in the back of a grey sedan fired shots, police said.

The man was shot in the calf and was taken to the University of Chicago Medical Center, police said. He was in good condition.

Three people, including a 17-year-old boy, were wounded in a shooting in Austin on the West Side.

They were standing on the sidewalk about 8:55 p.m. in the 5900 block of West Madison Street when someone got out of a silver SUV and unleashed gunfire in their direction, police said.

The teen was struck in the back and was taken to Mount Sinai Hospital in critical condition, police said.

An 18-year-old man was shot in the leg and was listed in good condition at Loyola University Medical Center, police said. A 19-year-old woman was hit in the thumb and declined medical treatment.

About fifteen minutes prior and on the South Side, two people were shot at a party in Englewood.

They were at a party about 8:40 p.m. in the 6800 block of South Loomis Boulevard when a fight broke out, police said. The 32-year-old man and 16-year-old girl then heard gunshots and felt pain.

The man was struck in the hand, and the girl was hit in the leg, police said. They were both taken to Roseland Hospital in good condition.

Three people were wounded in two different shootings about the same time, one in West Garfield Park on the West Side and the other in Rosemoor on the South Side.

About the same time a 39-year-old man was on the sidewalk in the 500 block of East 103rd Street when someone in a vehicle fired shots, striking him in the groin, police said.

The man took himself to Roseland Hospital where he is in good condition, police said.

A concealed-carry license holder returned fire at someone who shot him in Washington Heights on the South Side.

The 26-year-old man was driving about 2:30 a.m. in the 9400 block of South Loomis Street when a white SUV approached and three people got out and opened fire, according to police.

The man, who has a concealed-carry license, was shot in the leg and returned fire, but it was not immediately clear whether he hit anyone, police said. The suspects fled the area.

He went to Christ Medical Center in Oak Lawn on his own and was listed in good condition, police said.

Minutes later, a man and a teenage boy were injured in a shooting in South Chicago.

They were standing near a vehicle at 2:22 a.m. in the 7900 block of South Merrill Avenue when someone approached and started shooting, police said.

The 17-year-old was shot in his abdomen and the right side of his chest, police said. He was dropped off at the University of Chicago Medical Center, where he was in good condition.

The 25-year-old was shot multiple times and taken to the same hospital in critical condition, police said.

About five minutes before then a man was shot while driving in the westbound lanes of the Eisenhower Expressway, causing them to be closed for four hours.

A man was shot about 2:15 a.m. in the outbound lanes of I-290 near Leavitt Street, according to Illinois State Police. He was taken to Stroger Hospital, where his condition was stabilized.

Investigators found multiple shell casings near the scene of the shooting and closed down all lanes between Damen and Western avenues at 4:10 a.m. for an investigation, state police said.

Eight other people were wounded in shootings citywide.

Sixty-six people were shot, five of them fatally, last weekend in Chicago.