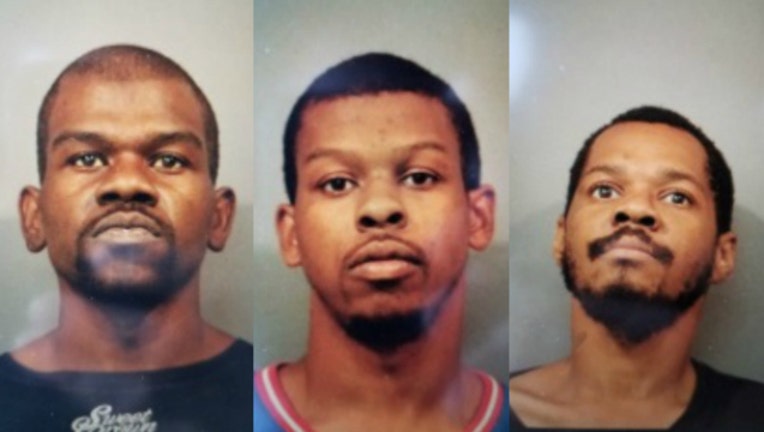 GARY, Ind. (Sun-Times Media Wire) - Two brothers have been taken into custody and a third is still be sought by authorities in connection with a shooting last week in northwest Indiana in which they all are facing charges.

The charges were filed in connection with a shooting at 8:24 p.m. Aug. 6 in the 600 block of Harrison Street in Gary, according to a statement from Gary Police Department Cmdr. Jack Hamady. The attack left a 19-year-old man wounded with a gunshot wound to the head.

His brother, 25-year-old Daniel Roosevelt Armstrong, was also arrested and was charged with battery and pointing a firearm, Hamady said.

The third brother, 30-year-old Mitchell Ontario Armstrong Jr., was charged with battery by means of a deadly weapon, battery resulting in injury, battery and two counts of pointing a firearm, according to Hamady. He remained at large as of Monday afternoon.

Anyone with information was asked to call the Gary Police Department Violent Crimes Division at (219) 881-1210 or the Crime Tip Line at (866) CRIME-GP.