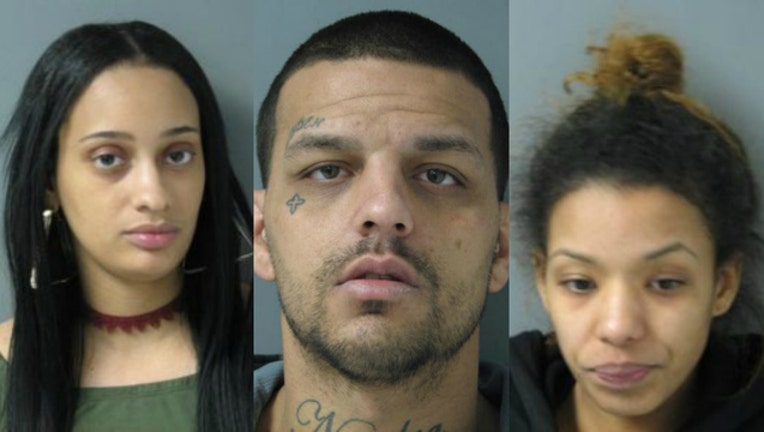 SUN-TIMES MEDIA WIRE - A man was arrested and two women were charged Thursday after an undercover operation revealed prostitution and human trafficking at Schaumburg area hotels in the northwest suburb.

The single-day operation was organized through online resources, cooperation of hotel management and coordinated at area hotels, police said.

Two women were arrested for solicitation of a sexual act. Lanesha Todorovich, 21, and Laquesta Rice, 27, were charged with prostitution and released on bond.

Todorovich, of Milwaukee, and Rice, of Mississippi, are scheduled to appear in court Feb. 23 at Rolling Meadows Court House, police said.

During the third investigation, a woman believed to be a victim of human trafficking was provided with victim advocate services, police said. She was not charged.

Puccio, of Mt. Prospect, is being held on $500,000 bond and scheduled to appear in court Tuesday at Rolling Meadows Court House, police said.