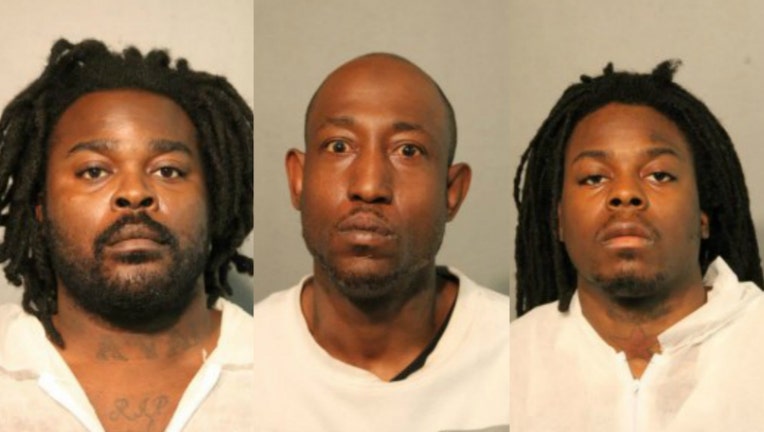 CHICAGO - Three men have been charged in connection with a fatal shooting Thursday in Humboldt Park on the Northwest Side.

About 2:55 p.m. Thursday, a 44-year-old man was sitting in his black sedan in the 1100 block of North Pulaski Road when a silver sedan drove up and someone inside opened fire, police said.

The man was shot multiple times and taken to Mount Sinai Hospital, where he was pronounced dead, police and the Cook County medical examiner’s office said. His identity has not been released.

The three men were seen speeding away from the scene of the shooting in the sedan and were taken into custody after a foot chase in the 700 block of North Harding Avenue, police said. A fourth person who was in the vehicle was not charged.

All three men are due back in court Monday.