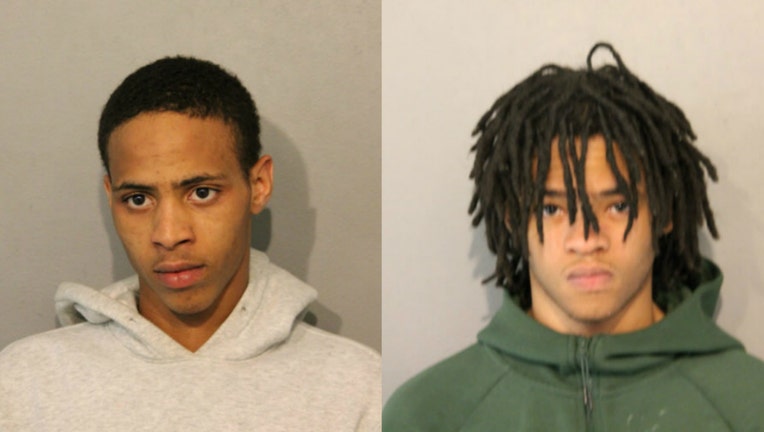 CHICAGO - Police arrested a carjacking suspect and two others Thursday after they crashed a stolen vehicle in Gold Coast and tried to run away.

Winding was allegedly driving the car when it crashed at 12:18 p.m., police said. He is charged with a felony count of possession of a stolen vehicle and a misdemeanor count of battery.

Police also arrested Eric Taylor, 19, who is charged with carjacking a vehicle at gunpoint on Dec. 21, 2019, in the 6700 block of South Stoney Island Avenue, police said.

In that incident, Taylor allegedly approached and 33-year-old man and demanded his property and vehicle, police said. He also faces a misdemeanor count each of criminal trespass to a vehicle, obstructing identification, resisting an officer and reckless conduct.

A third man, Tashaun Ross, 21, faces a misdemeanor count of criminal trespass to a vehicle and obstructing identification, police said.

Ross, of Gresham, is scheduled for court on March 31.