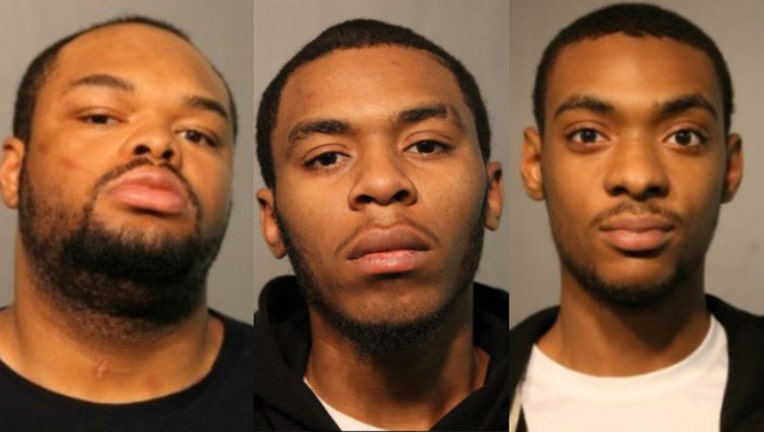 SUN-TIMES MEDIA WIRE - Three men have been charged with a pair of armed robberies early Saturday in the Wrigleyville neighborhood on the North Side.

Joseph Lewis, 20, Donzell Lloyd, 19, and Jwan Farley, 20, are all charged with one felony count of robbery and two felony counts of aggravated robbery indicating that they were armed with a firearm, according to a statement from Chicago Police.

They then exited the vehicle, told the victim they had a weapon and demanded her belongings, police said. A nearby friend of one of the victims was able to give the vehicle’s license plate number to investigators.

Officers later pulled the vehicle over in the 1600 block of North Lake Shore Drive and took the men into custody, according to police. All proceeds from the robberies were recovered.