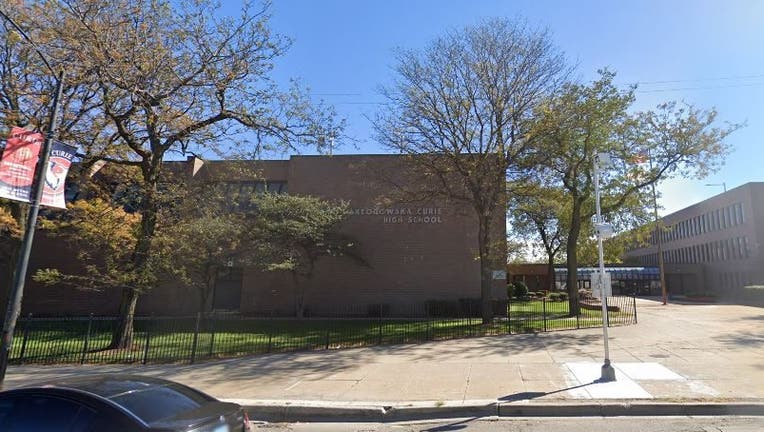 CHICAGO - Three freshman at Curie Metropolitan High School were taken to hospitals Wednesday after eating marijuana-laced granola bars at the Southwest Side school.

Paramedics responded to a call of students overdosing and acting “bizarre” shortly afternoon at the school, at 4959 S. Archer Ave., according to Chicago Fire Department spokesman Juan Hernandez.

“They ingested a type of edible — a granola bar laced with something,” Hernandez said.

Chicago police said the students had voluntarily ingesting a “suspected cannabis-infused product” while inside of a high school.

Two 14-year-old girls and a 15-year-old girl were taken to Mt. Sinai and Stroger hospitals with altered mental status, Hernandez and Chicago police said. They were in good condition.

The parent of a fourth student came to the scene and refused medical treatment for the child, Hernandez said.

In a message to parents, Chicago Public Schools said it “received reports that a small number of students ingested an unknown substance in the form of what appeared to be a granola bar.”

CPS said it notified police and the parents of the students involved, and is handing the matter in accordance to CPS policy.

“As always, the staff at Curie will continue working to provide all students with a safe, positive learning environment where they can reach their full potential. If you have any questions, please do not hesitate to contact the school directly,” the letter says.

In December 2019, five teenage students were treated for taking Xanax, an anti-anxiety medication, at Arthur A. Libby Elementary School, at 5300 S Loomis Blvd.