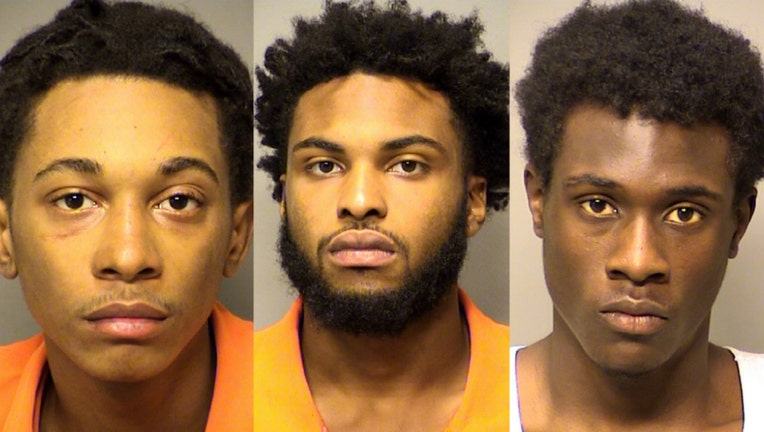 VALPARAISO. Ind. - Charges have been filed against three south suburban men arrested after a chase Wednesday in northwest Indiana, during which one of them was shot by police.

All three suspects live in south suburban Dolton, according to the sheriff’s office.

About 2:35 p.m., a Valparaiso police officer tried to pull over a vehicle that matched the description of a one used in recent car thefts, state police said. Instead, the vehicle took off on Calumet Avenue and went north on State Route 49.

The vehicle entered the Indiana Toll Road at the Valparaiso exit and drove west until it crashed about three miles away near mile marker 27.8, state police said. The occupants fled on foot into the woods near County Road 200 West.

Officers chased them on foot and took Lomax and Watson into custody without incident, Indiana State Police spokesman Sgt. Ted Bohner said. Murray got back onto the Toll Road and was spotted by a state maintenance worker who was directing traffic near the original crash. 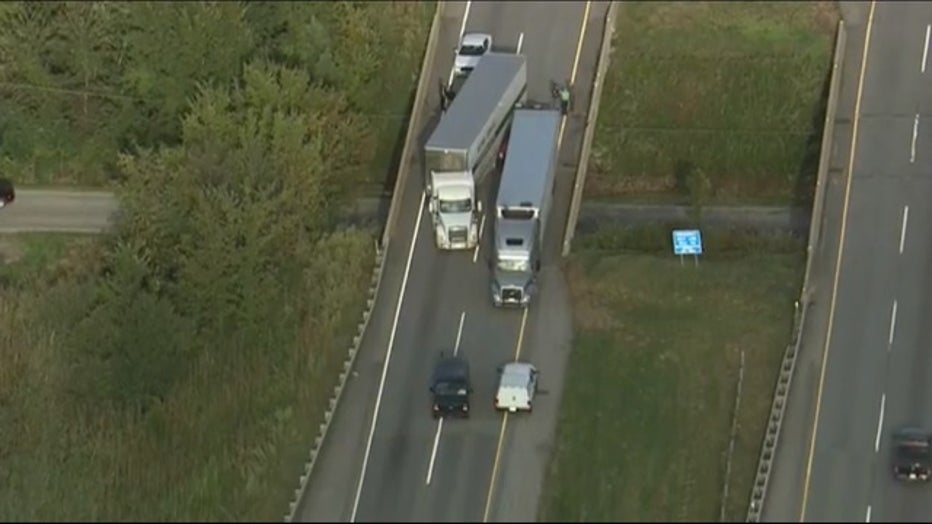 He tried to enter an occupied vehicle stopped in traffic, but was unsuccessful and went to an unoccupied maintenance truck, state police said. The maintenance worker approached Murray, grabbed him by the shirt and told him he couldn’t take the truck, but Murray put the truck in reverse and hit the gas.

As Murray backed the truck up toward the maintenance worker and officers who were closing in on foot, a Porter County sheriff’s deputy and two state troopers fired at him, state police said. At least one of the shots hit Murray.

He put the truck into drive and went a short distance west before crashing into another semitrailer, state police said. He got out of the truck, jumped a median and fled on foot onto County Road 200 West below the toll road, where he was arrested.

He was taken to Northlake Methodist Hospital, where he was treated for his gunshot wound and released into police custody, Indiana State Police spokesman Sgt. Ted Bohner said. He was then taken to the Porter County Jail, along with the other two suspects.

Indiana State Police will investigate the use of force and report its findings to the Porter County prosecutor’s office, state police said in the statement.

The Porter County sheriff’s office said in a statement that one of its officers involved in the shooting was placed on paid administrative leave. The officer has been a patrolman with the sheriff’s office for three years, according to the statement.