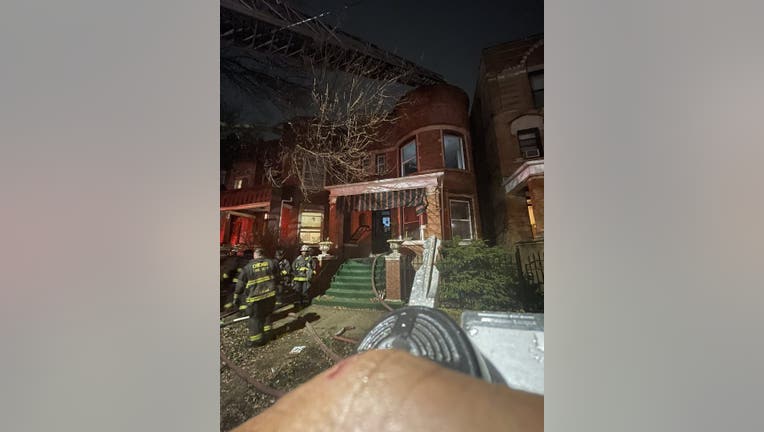 Three people were injured in a fire November 25, 2021 in Bronzeville. | Chicago Fire Department

CHICAGO - Three people were injured in a house fire in Bronzeville Wednesday night.

About 11 p.m., a house caught fire in the 4900 block of South Washington Park Court, according to the Chicago Fire Department.

A man injured in the fire was "extremely critical" and was taken to the University of Chicago Medical Center, fire officials said.

Another man and a woman were taken in good to fair condition to the same hospital, fire officials said.