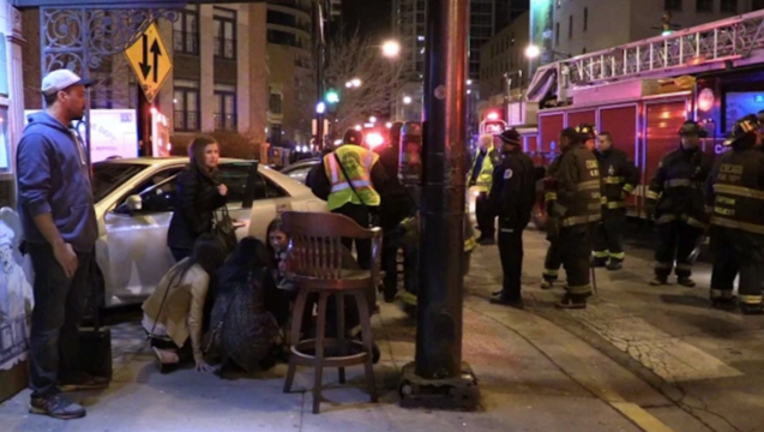 Emergency crews at the scene of a hit-and-run in River North that left two pedestrians and a drier injured. | Network Video Productions

CHICAGO (Sun-Times Media Wire) - Three people were injured when a hit-and-run driver caused a car to slam into the Green Door Tavern in River North early Sunday, according to Chicago Police.

About 12:30 a.m., a blue Toyota sedan was heading west on Huron when it blew the red light at Orleans and crashed into a gray car that was northbound, propelling it into the tavern at 678 N. Orleans St., police said.

The driver of the gray car was taken to Northwestern Memorial Hospital, along with a man and woman who were pinned on the sidewalk, police said. Their injuries weren’t considered life-threatening.

The driver of the Toyota and three people inside it ran away, police said. No one was in custody Sunday morning.