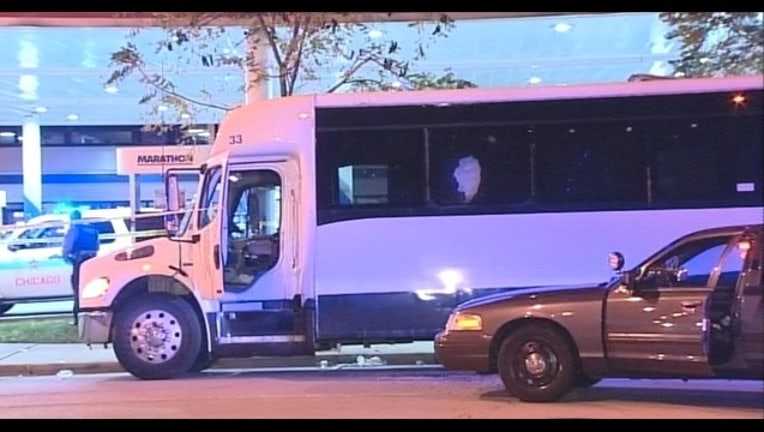 CHICAGO (STMW) - Three people were killed — including a 17-year-old boy — and at least 17 others were wounded in shootings across Chicago between Friday night and Monday morning.

A man was killed and two others were injured in a shooting early Sunday in the Washington Park neighborhood on the South Side.

The three men—ages 24, 35 and 40—were sitting in a parked vehicle in the 5400 block of South Prairie about 4:20 a.m. when another vehicle pulled alongside and someone inside opened fire, according to Chicago Police.

The 35-year-old was shot in the head and taken to Stroger Hospital, where he was pronounced dead, police said.

The 40-year-old was shot in the back and the 24-year-old suffered a graze wound to the head, police said. They also were taken to Stroger, where the older man was listed in serious condition and the younger man’s condition was stabilized.

About 24 hours earlier, a 17-year-old boy was gunned down in the East Garfield Park neighborhood on the West Side.

He was a passenger in a vehicle in the 3900 block of West Ferdinand about 4:10 a.m. Saturday when someone walked up and shot him in the neck and face, police said. He was taken to Stroger, where he was pronounced dead.

Less than an hour before that, a 36-year-old man was shot death at a party in the West Side Austin neighborhood.

The 36-year-old was at the party in the 1100 block of North Lawler about 3:20 a.m. when another male shot him in the head, police said. He was taken to Stroger, where he later died.

Most recently, a man with a gunshot wound to the abdomen showed up at a Near West Side hospital early Monday.

The 28-year-old man walked into Rush University Medical Center, at 1653 W. Congress Parkway, about 3:05 a.m., according to preliminary information from police. He was shot in the abdomen and was dropped off at the hospital, police said. Investigators could not immediately say where the shooting occurred. The man was listed in critical condition and was later transferred to Stroger Hospital, police said.

About 11:55 p.m. Sunday, a 30-year-old man was shot in the Marquette Park neighborhood on the Southwest Side. He was standing on the sidewalk in the 2500 block of West 68th Street when several males started arguing and shots rang out, police said. He was not part of the argument, but was shot in the leg and taken to Advocate Christ Medical Center in Oak Lawn, where his condition was stabilized.

Earlier Sunday night, a 22-year-old man was shot in Austin. He was in the 200 block of North Laramie Avenue about 7:40 p.m. when someone walked up and shot him, police said. The man, a documented gang member, suffered a gunshot wound to the abdomen and was taken to Stroger Hospital in critical condition.

About three hours earlier, a woman was wounded in a Greater Grand Crossing neighborhood drive-by shooting on the South Side. The 24-year-old woman, a documented gang member, was sitting in a vehicle in the 1100 block of East 74th Street about 5 p.m. when a vehicle drove up and someone inside fired shots, police said. She suffered a gunshot wound to the arm and was taken to Stroger Hospital, where her condition was stabilized.

About 40 minutes earlier, an 18-year-old man was wounded in a Washington Heights neighborhood shooting on the Far South Side. He was standing on the sidewalk in the 1000 block of West 105th Street at 4:22 p.m. when someone he knew stepped out of a vehicle nearby and shot him, then ran away. The man suffered gunshot wounds to the back and side and was taken to Christ Medical Center, where his condition was stabilized, police said.

At least 10 others have been injured in separate shootings across the city since 11 p.m Friday.