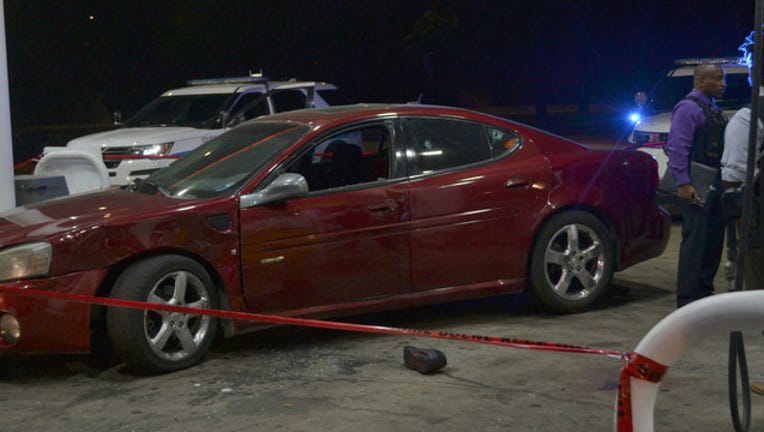 CHICAGO (Sun-Times Media Wire) - Eight people were shot Sunday, three of them fatally, within a 24-hour period across Chicago.

The last fatal shooting claimed the life of a 21-year-old in the West Side Austin neighborhood.

About 8:20 p.m., two men were standing on the sidewalk in the 4900 block of West Adams when three males got out of a black SUV and opened fire, according to Chicago Police.

Kejuan Griffin, 21, was shot in his head and his chest and was taken to Stroger Hospital where he was pronounced dead, police and the Cook County Medical Examiner’s Office said. He lived a block away from where he was shot.

A 20-year-old man was shot in the right leg and was taken to the same hospital, where his condition stabilized.

Several hours earlier, a man was found shot to death in Austin. Nicholas Hearring, whose exact age was not immediately known, was found dead about 12:15 p.m. in the 1000 block of North Leamington, according to police and the medical examiner’s office. He lived in the same block. Investigators initially thought he has suffered “unknown blunt trauma to the head,” but later determined that he’d been shot. Further details about the time or circumstances of the shooting were not known Monday afternoon.

Earlier in the morning, a 59-year-old woman was shot to death during an attempted carjacking in the West Humboldt Park neighborhood.

About 7:15 a.m., the woman, a 71-year-old man and a 70-year-old woman were riding in a vehicle in the 900 block of North Kedvale when a male walked up, pulled out a gun and announced a carjacking, according to police.

After the man drove off, the suspect fired shots at the back of the vehicle, striking the younger woman in the back of the head, police said. She was taken to Stroger Hospital, where she was pronounced dead.

The man and the other woman were taken to Mount Sinai Hospital for observation, police said. No one was in custody as Area North detectives investigated the shooting.

The last nonfatal shooting on Sunday wounded a 65-year-old woman in the Morgan Park neighborhood on the Far South Side. About 5:50 a.m., the woman standing on a sidewalk in the 11100 block of South Halsted when someone in a passing vehicle opened fire, according to police. She was grazed in her arm and was taken to Christ Medical Center, where she was in good condition.

A 16-year-old boy was shot about 5 a.m. in the Lawndale neighborhood on the West Side. The boy was walking up stairs in the 1100 block of South Richmond Street when he heard gunshots and felt pain, police said. He was shot in his back and was taken to Mount Sinai Hospital in good condition.

Before dawn, a man was shot and wounded in the West Pullman neighborhood on the Far South Side. The 44-year-old was standing next to his car about 1:30 p.m. in the 11600 block of South Morgan Street when he heard gunfire and realized he’d been shot in the foot, according to police. He was taken to Christ Medical Center in Oak Lawn in good condition.

The first shooting Sunday wounded a man in the Altgeld Gardens neighborhood on the Far South Side. About 12:25 p.m., the 48-year-old was standing outside in a backyard in the 13200 block of South Corliss Avenue when two males approached him and opened fire, according to police. The man was shot once in his chest. He was taken to Christ Medical Center in serious condition.