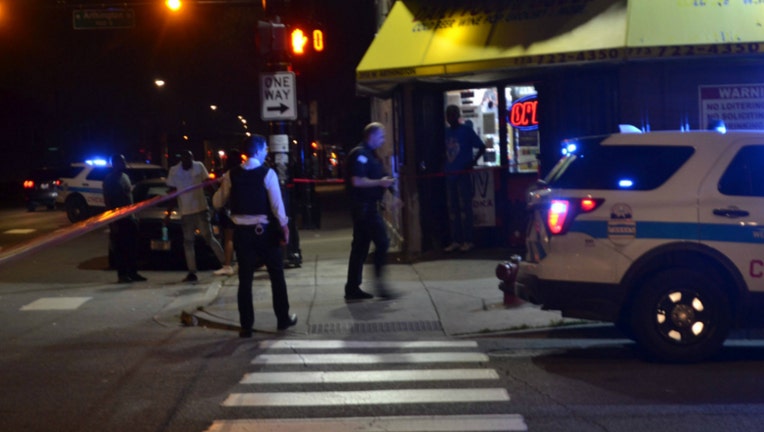 Chicago Police investigate the scene where 3 people were shot, 2 of which were 14 years old, Friday night, in the 3900 block of West Arthington, in the Lawndale neighborhood. | Justin Jackson/Sun-Times

CHICAGO - Three people, including two teenagers, were wounded in a shooting Friday in Lawndale on the West Side.

They were standing on a sidewalk about 8:45 p.m. in the 3900 block of West Arthington when they heard gunfire and felt pain, Chicago police said.

The trio were taken to Stroger Hospital, where their conditions were stabilized, police said.

No arrests have been reported.