A suspected carjacker was killed and two women were injured when the driver crashed into the support column of a CTA elevated train line in the Loop Wednesday, police said

CHICAGO - A suspected carjacker is dead after crashing a stolen vehicle into a CTA pillar in the Loop Wednesday night.

At about 5:42 p.m., a 35-year-old woman was inside an Infiniti FX35 in the first block of Lake Street when a man and a woman entered her SUV, police said.

A struggle ensued between the victim and the carjackers inside the SUV as the vehicle drove forward, Chicago police said.

The vehicle then struck a CTA support column at Lake Street and Wabash Avenue, trapping the individuals inside.

The Chicago Fire Department arrived at the scene, extracted all three people from the Infiniti and transported them to area hospitals. 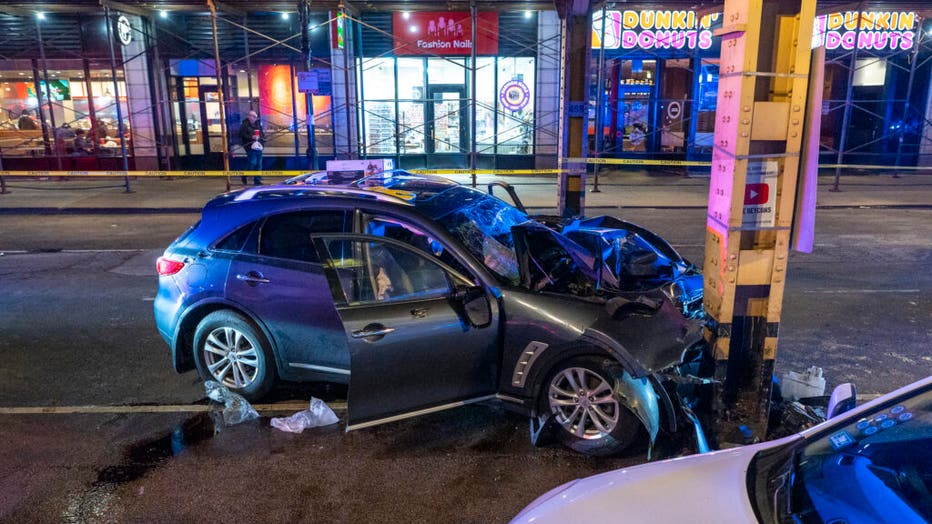 Chicago police work the scene of a serious crash after a dark colored SUV crashed into a support column of the CTA ‘L’ on East Lake Street and North Wabash Street in The Loop neighborhood, Wednesday, Jan. 4, 2023. | Tyler Pasciak LaRiviere/Sun-Times

The vehicle's owner was listed in stable condition, CFD said.

The female offender was taken into custody.

Charges are pending in this incident.