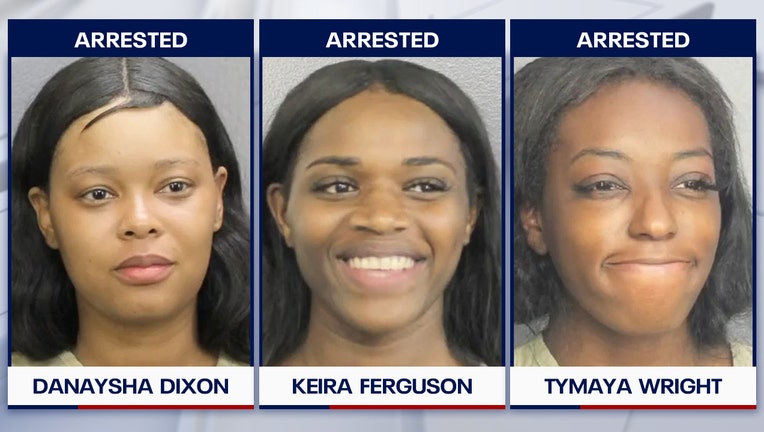 FORT LAUDERDALE, Fla. - Several Spirit Airlines employees were injured Tuesday night when they were attacked by three women who were apparently upset that their flight from Fort Lauderdale to Philadelphia had been delayed, sheriff's officials said.

The women hit the employees with "miscellaneous items, such as phones, shoes, full water bottles, metal boarding signs and fast food," according to Broward Sheriff's Office arrest reports. The incident happened outside the gate of a flight to Philadelphia in the airport's Terminal 4.

Related: Kangaroo in custody after hopping through South Florida neighborhood

Video of the attack showed the women throwing items at the employees and going behind the counter where they physically attacked at least one person.

Deputies arrested the women, who are all from Philadelphia. Tymaya Wright, 20, was charged with battery and petit theft for taking a Spirit employee's phone and putting it in her backpack. Danaysha Dixon, 22, and Keira Ferguson, 21, were both arrested on battery charges.
They were taken to the jail, where they later posted bond.

Jail records did not list attorneys for the women.