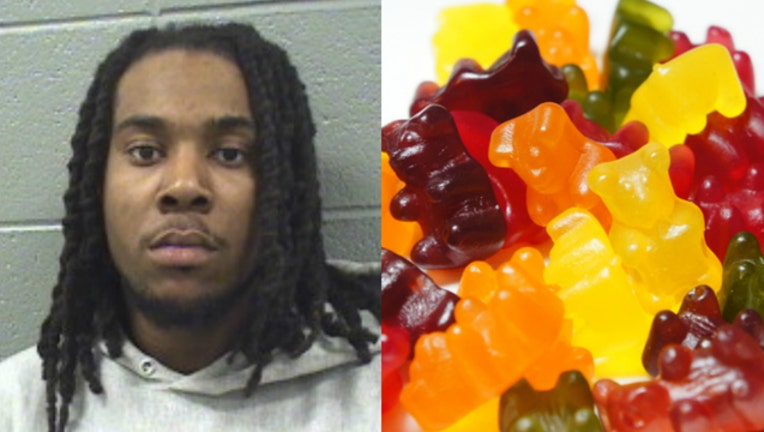 Fredo Demaret is charged with possessing more than 5 kilograms of a substance containing cannabis, and with intending to sell it, Evanston police said in a statement.

Demaret was pulled over by an officer about 5:45 p.m. after driving through a stop sign in the 1500 block of Wesley Avenue, police said. The officer smelled cannabis and also saw cannabis oil in the vehicle, police said.

A Cook County judge denied Demaret’s bail, according to court records. He is due again in court April 16.