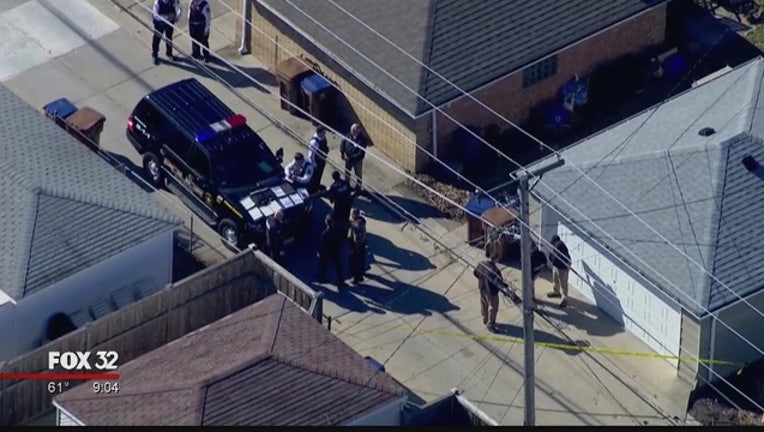 FOX 32 NEWS - Four burglary suspects and several guns are off the street after a foot pursuit in the western suburb of North Riverside. Police responded to a home in the 2200 block of Northgate Avenue around 8:45 a.m. Friday to investigate a burglary.

Officers spotted four men leaving the home and ordered them to stop, but they fled on foot. North Riverside police chased them with one of the suspects firing at least one shot back at the officers.

Police safely took the four men into custody and recovered several guns on scene. Officials say the home was targeted and there is no danger to the community.

Neighbors say the home is a rental and has been a problem before.

"The cops have come pretty often," a neighbor said. "On New Year's, seven of them were arrested for gun stuff - so it's not the first time we've had issues."

Police told FOX 32 that one officer was injured during the foot pursuit when he fell. There were no other injuries.