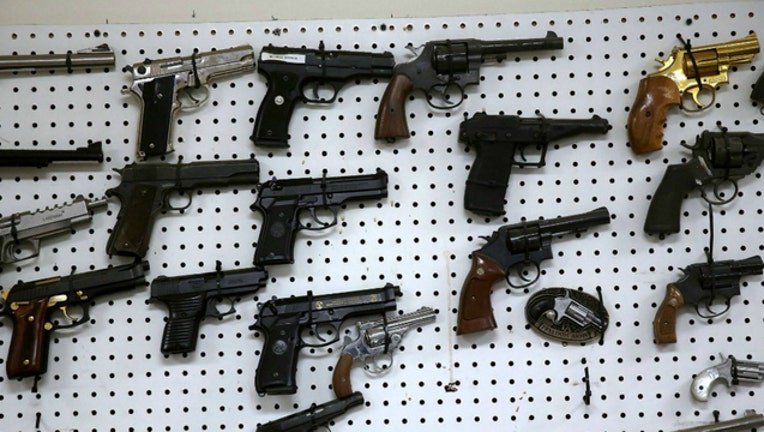 CHICAGO (Sun-Times Media Wire) - Four men were indicted last month as part of a federal investigation targeting the sale of illegal guns that were brought from Missouri to Chicago to be sold on the street.

The investigation, led by the Bureau of Alcohol, Tobacco, Firearms and Explosives, found that 20-year-old Jumonta Moore and 26-year-old Marcus Ingram brought multiple handguns from Missouri to Chicago last year, according to the U.S. Attorney’s Office for the Northern District of Illinois.

Moore and Ingram, both of Missouri, then gave the guns to 47-year-old James Saunders, a convicted felon from Chicago, who sold them to confidential informants who were working with investigators, prosecutors said.

Last fall, Saunders also sold three guns to 43-year-old Derrick Claiborne in the Woodlawn neighborhood, prosecutors said. Claiborne has been convicted of a pair of felonies, including a gun-related conviction, and he wasn’t legally allowed to have a firearm at the time of the sale.

During his arraignment Monday, Claiborne pleaded not guilty to a single count of illegal possession of a firearm by a convicted felon, prosecutors said.

Saunders was charged with five counts of illegal possession of a firearm by a convicted felon and one count of dealing firearms without a license, prosecutors said.

Ingram and Moore both allegedly brought handguns to Chicago last year while they were facing separate felony indictments in Missouri, prosecutors said. During their arraignments earlier this year, both men pleaded not guilty to charges of illegal transportation of a firearm by a person under felony indictment.

Moore was released on $50,000 following his arraignment last month, while the other suspects remain held in federal custody, prosecutors said.