Family and friends gathered Monday to remember four teenagers killed in a horrific car crash over the weekend in southwest suburban Hickory Hills.

HICKORY HILLS - A memorial is growing for four teenagers who were killed over the weekend in a horrible crash in suburban Hickory Hills.

The car they were in split in half after going airborne and crashing into a tree near 89th Street and 85th Court shortly after 2 p.m. on Saturday. Six people were in the car when it happened.

"The vehicle, a 2008 Mercedes SUV, was traveling [eastbound on] 89th Street at an extremely high rate of speed, in what we believe was an attempt to go airborne over the crest of the hill at 86th Avenue," police said in the statement. 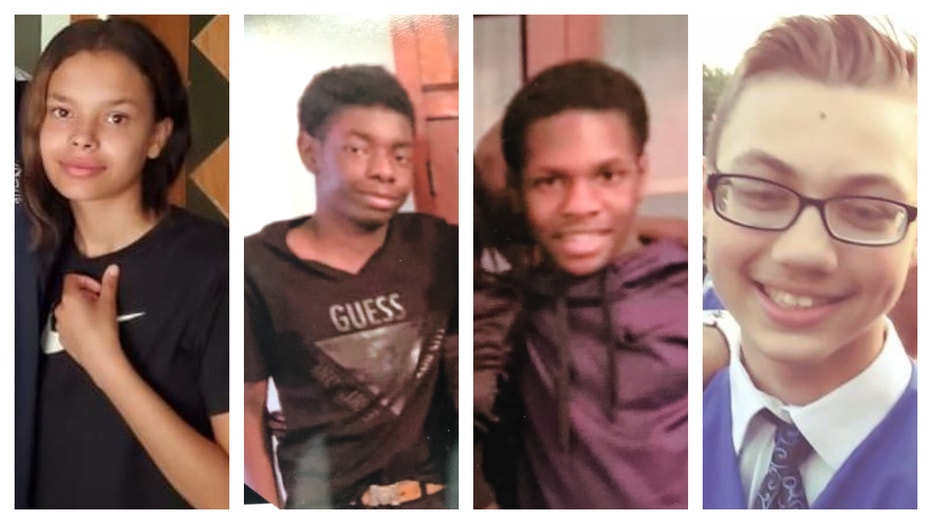 They all lived in suburban Justice, officials said.

The driver and another passenger were taken to hospitals and later released, police said.

The 17-year-old driver, whose name wasn’t released because of the age, was charged with reckless homicide and traffic citations.

The crash remained under investigation by Hickory Hills police and the Suburban Major Accident Reconstruction Team.