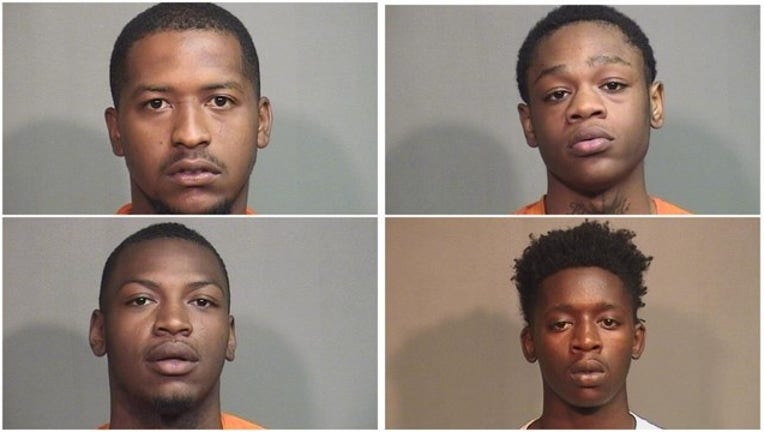 CRYSTAL LAKE, Ill. - Five people were arrested Monday in Crystal Lake after allegedly fleeing from police in a vehicle that had been stolen out of Wisconsin.

Zishawn Hunt, 19, was charged with felony possession of a stolen automobile and aggravated fleeing and eluding, in addition to a litany of misdemeanors, the McHenry County sheriff's office said.

Amil Little, Izerion Cooper and Maurice Dixon, also 19, were charged with resisting arrest, a Class A misdemeanor, as was a 15-year-old boy who was with them, the sheriff's office said.

According to the sheriff's office, sheriff's deputies tried to stop the 2015 Dodge Durango about 3:20 p.m. near the area of Route 14 and Manor Road after a license plate check revealed the vehicle had been stolen out of Pleasant Prairie, Wisconsin.

The Dodge took off from officers but was found empty shortly after on the Route 14 bridge over Route 31, the sheriff's office said. Witnesses told police that the occupants of the vehicle had ran off in two different directions.

Several local police departments, including two sheriff's K9 units, searched for the occupants and took them into custody, the sheriff's office said.