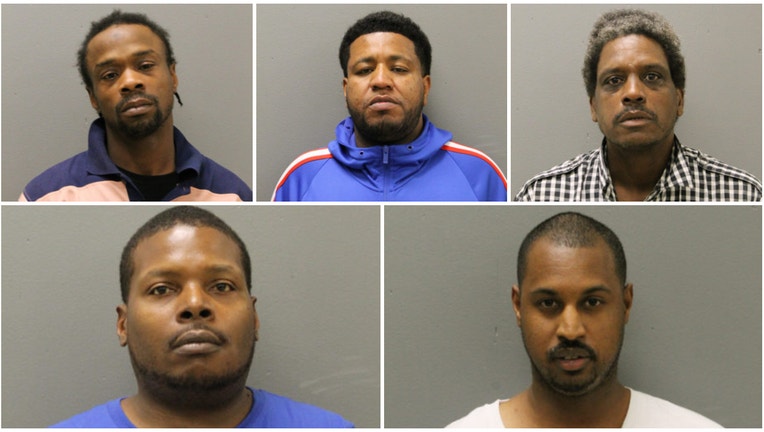 CHICAGO - Five men were charged after police seized two guns, ammunition and drugs during a raid Sunday in West Pullman on the Far South Side.

The Area South Gang Enforcement Team executed the search warrant about 4:15 p.m. in the 12400 block of South Harvard Avenue, according to Chicago police. Investigators recovered an AR-15 semi-automatic rifle, a Glock handgun that was converted to enable automatic fire and more than 400 grams of heroin.

Andrew Blackburn, 36, of West Pullman, is charged with two felony counts of unlawful use of a weapon for possessing the rifle and two felony counts of manufacture or delivery of heroin near a school, police said. Metcalf Community Academy Elementary School, 12339 S. Normal Ave., is a few blocks away.

Raymond Jackson, 36, of Chatham, is charged with two felony counts of unlawful use of a weapon for being a felon in possession of the converted Glock, police said.

Patrick Parker, 34, is charged with unlawful possession of a weapon by a felon for having the drum magazine for the rifle, police said. He lives in south suburban Markham. 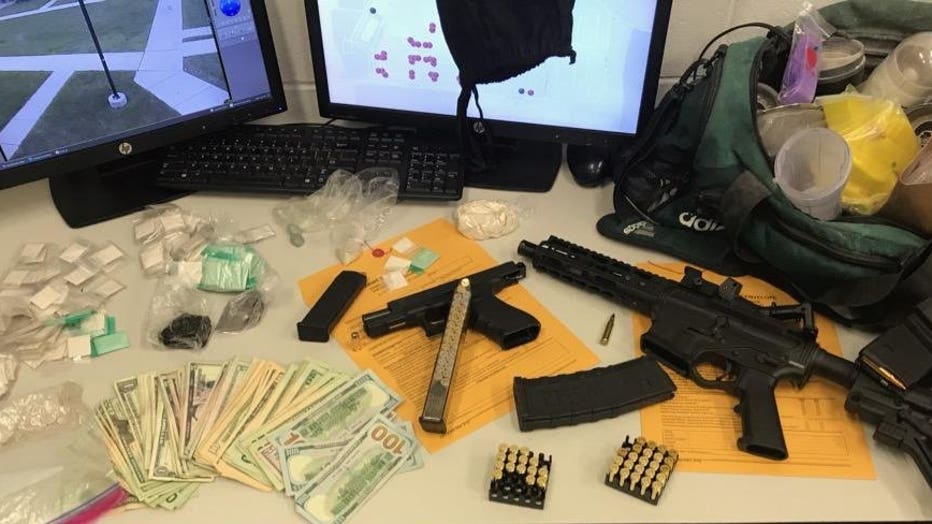 Desean Anderson, 42, is charged with felony drug possession, according to police. He lives in Marquette Park.

A fifth man, 50-year-old Lashell Shells, was arrested during the raid on a bond forfeiture warrant related to a felony burglary charge from April, according to police and Cook County court records. He lives in Chatham.

All are expected to appear in court for bail hearings on Monday, police said.

The raid was part of a series of targeted sweeps that led to the seizure of more than 80 illegal guns and 30 arrests across the city over the weekend, according to police.