An unmarked police vehicle collided with a marked police SUV about 11:40 p.m. in the 9200 block of South South Chicago Avenue, according to Chicago police. Both vehicles were on their way to assist with a traffic stop at the time of the crash.

Three officers from the unmarked vehicle and two from the marked squad car were taken to hospitals in fair condition, police said. 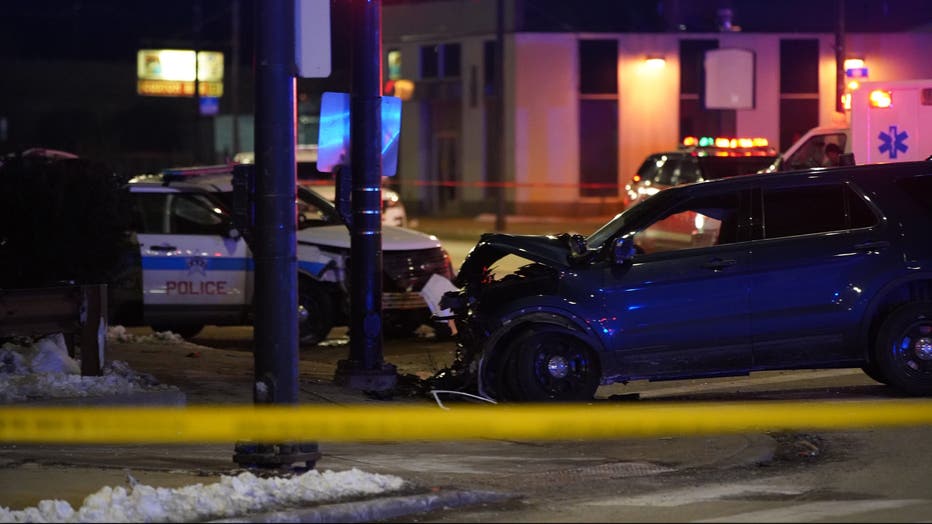