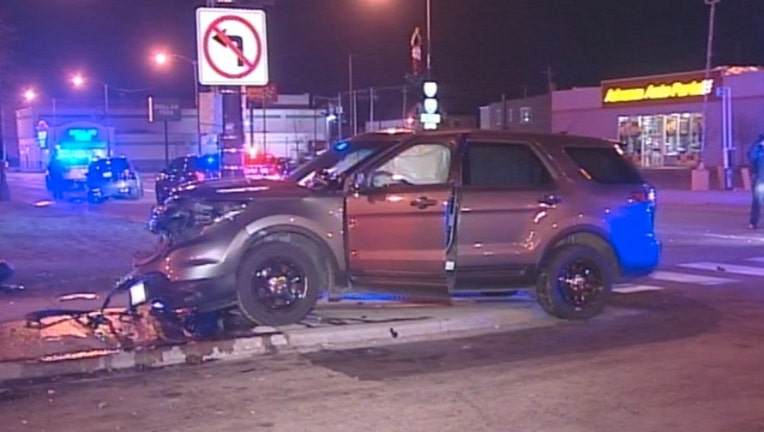 CHICAGO (SUN TIMES MEDIA WIRE) - One Chicago Police officer was hurt while making an arrest and five more called in as backup were injured when two squad cars slammed into each other early Saturday along the border of the Grand Crossing and South Shore neighborhoods.

About 12:45 a.m., two officers called for help while trying to arrest a person involved in a crash in the 7400 block of South Kingston, according to police.

Two unmarked police SUVs were making their way to the scene when they collided at the intersection of 71st Street and Stony Island Avenue, police said. Five officers in the vehicles were taken to hospitals, with four in fair condition and one considered serious, fire officials said.

As officers used a stun gun while making the arrest on Kingston, one suffered an unspecified injury and was taken to a hospital as well, police said.

None of the injuries were life-threatening, police said.