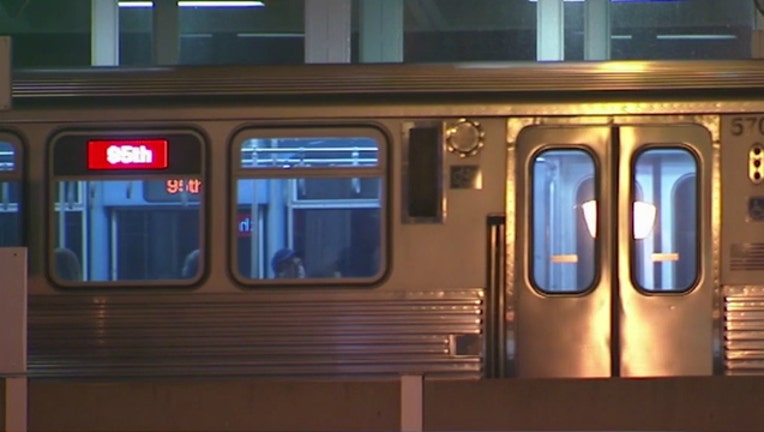 CHICAGO - Five people were arrested for allegedly robbing a 62- and 72-year-old man Thursday on a Red Line train on the South Side.

The men were on a southbound train about 12:12 a.m. when one person punched the 62-year-old in the face and took his bag, Chicago police said. Others in the group dragged the 72-year-old to the ground before taking his bag as well.

The robbers got off the train at the 47th Street station and jumped on a northbound train, police said. They got off again at 35th Street, where officers took five people into custody as they tried to flee.

Charges are pending against four minors and one adult, police said.