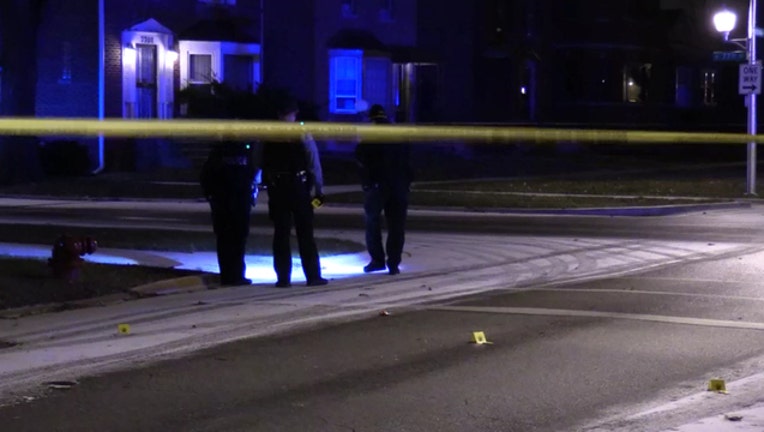 CHICAGO (SUN TIMES MEDIA WIRE) - At least five people were wounded in shootings Tuesday on the city’s South and West sides, according to Chicago Police.

Most recently, a 22-year-old man was shot about 10:30 p.m. in the Lawndale neighborhood on the Southwest Side. He was walking in the 1800 block of South Drake when he heard gunfire and realized he’d been shot in the right leg, police said. The man showed up at Mount Sinai Hospital, where his condition was stabilized.

Less than 90 minutes earlier, another 22-year-old man was wounded in a separate Lawndale shooting. A vehicle pulled up to the man about 9:10 p.m. in the 1500 block of South Kolin, and someone got out to open fire, police said. The person then got back into the vehicle, which sped away. The man was shot in the back and taken in fair condition to Mount Sinai Hospital.

At 2:32 p.m., a 16-year-old boy was walking in the 11400 block of South Vincennes in the Morgan Park neighborhood on the Far South Side when someone in a silver car driving by fired shots, police said. The boy was shot in the neck and right shoulder and taken to Christ Medical Center in Oak Lawn, where his condition was stabilized. The car fled east from the scene after the shooting.

Earlier Tuesday afternoon, a 27-year-old man was shot in the West Garfield Park neighborhood. At 1:53 p.m., he got into a fight with someone he knew in the 4400 block of West Van Buren when the person pulled out a gun and fired shots, striking the man in the left thigh, police said. He was taken in fair condition to Stroger Hospital.

The day’s first shooting happened about 12 hours earlier in the Chatham neighborhood on the South Side. A 32-year-old was sitting in a car at 1:52 a.m. parked in the 7700 block of South Indiana when another male walked up and fired shots, police said. The man suffered two gunshot wounds to the back and was taken in serious condition to Stroger Hospital.

On Monday, two men were killed and at least five other people were wounded in shootings across Chicago.