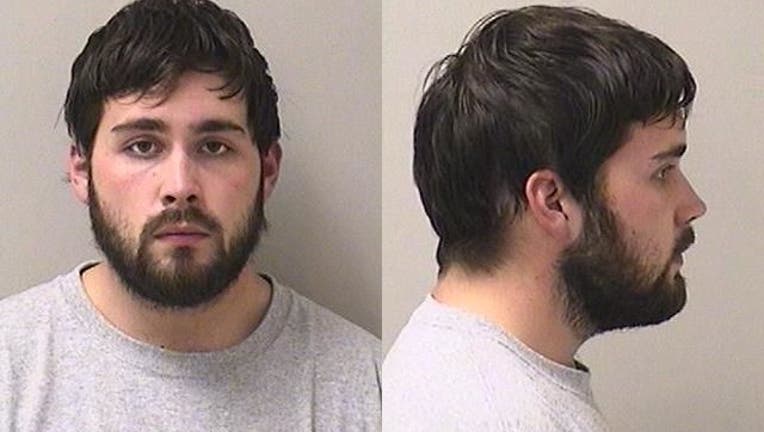 ST. CHARLES, Ill. - A St. Charles man was ordered held on $500,000 bail Monday on charges that he fatally struck an 88-year-old Chicago woman in her wheelchair with his pickup truck without stopping.

Andrew Jensen, 23, turned himself in hours after the collision in the western suburb Friday and now faces felony charges of failing to report an accident and leaving the scene of the crash that killed Helen Radnoti, St. Charles police said.

Radnoti was crossing Third Street with her son about 4 p.m. when a 2016 Dodge Ram waiting at the stoplight turned right onto westbound Main Street, according to police.

The pickup hit the woman and continued on Main Street without stopping, police said.

Radnoti was taken to Delnor Hospital in Geneva, where she died.

Police released a photo of the truck and sought tips from the public before Jensen “voluntarily came to the St. Charles Police Department” late Friday, authorities said.

Jensen, of the 100 block of South 13th Street in St. Charles, also faces a petty offense charge for allegedly failing to yield at the crosswalk.

He is due in court again Oct. 20, according to the Kane County state’s attorney’s office.