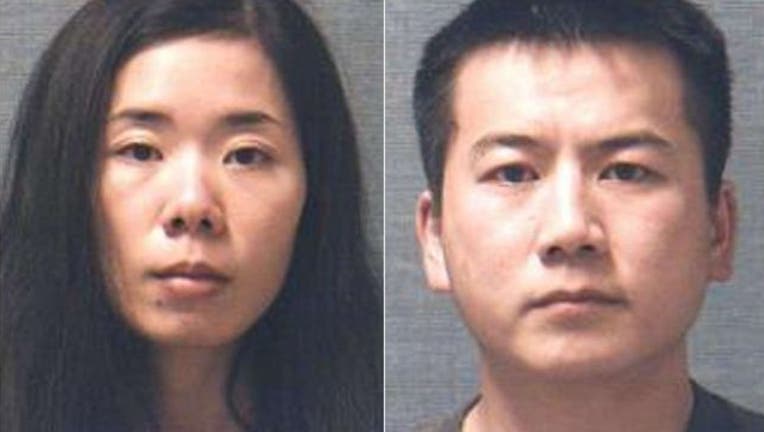 MASSILLON, Ohio (AP) - The parents of a 5-year-old girl reported missing in Ohio were jailed Wednesday on bonds of $5 million after her body was found hidden in the family's restaurant.

Jackson Township police say Ashley Zhao was found dead Tuesday at Ang's Asian Cuisine in North Canton after a daylong search. They didn't release details about how the child was concealed.

Her parents initially reported that Zhao went missing after taking a nap at the back of the restaurant on Monday evening, but police now allege her mother struck Ashley in the face several times with her fist on Monday morning and the girl later died.

Information provided by the Stark County Sheriff's Office indicate that Ashley's father washed away green fluid coming from her mouth after the beating and unsuccessfully tried to revive her when she stopped breathing.

Police officers and investigators from the state crime laboratory were seen at what is believed to be the family's apartment, The (Canton) Repository reported.

Vickie Fothergill, who manages a store next to the restaurant, told the newspaper she had seen Ashley and an older sister at the restaurant many times.