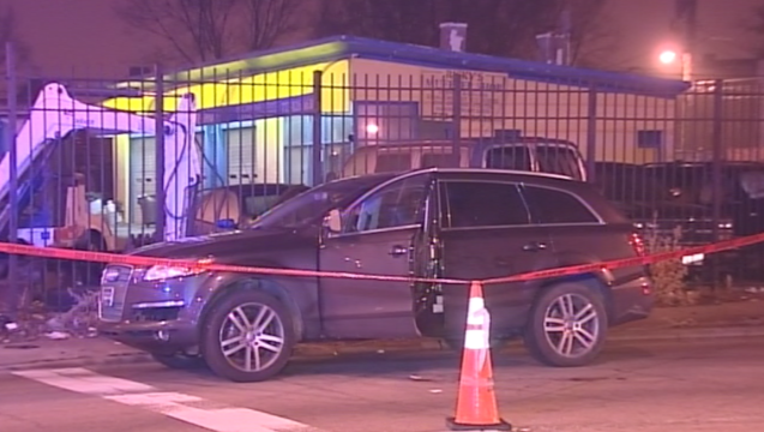 CHICAGO (SUN-TIMES MEDIA WIRE) Six people were killed and at least 47 others were wounded in shootings across the city between Friday evening and Monday morning, according to Chicago Police.

The weekend’s latest homicide happened at 1:54 a.m. Monday outside Spencer Elementary Technology Academy in the Austin neighborhood on the West Side. Officers responded to a call of a person shot and found the 25-year-old woman lying on the sidewalk in the 5000 block of West Maypole, police said. She was shot in the head and pronounced dead at the scene. The Cook County medical examiner’s office did not provide information on the fatality.

About 11:15 p.m. Saturday, a 23-year-old man was gunned down in the East Garfield Park neighborhood on the West Side. He was sitting in a parked vehicle in the first block of North Sacramento when someone in another vehicle fired shots. He was shot in the left thigh and taken to Mount Sinai Hospital, where he was pronounced. His name has not been released.

Earlier Saturday, 21-year-old Tremayne Henderson was shot to death in the Fernwood neighborhood on the Far South Side, police and the medical examiner’s office said. At 4:53 p.m., he was in the first block of West 104th Place when someone walked up and fired shots. Henderson was shot in the chest and taken to Christ Medical Center in Oak Lawn, where he was pronounced dead at 9:16 p.m. He lived in the same block as the shooting.

At 1:42 p.m. Saturday, a 24-year-old man was sitting in a vehicle in the 2600 block of West Monroe on the West Side, when someone walked up and shot him in the neck. He was taken to Stroger Hospital, where he died at 2:09 p.m., authorities said. He has not been identified.

A 20-year-old man was killed in a shooting that also left two other men wounded about 3:15 a.m. Saturday in the Humboldt Park neighborhood on the West Side. Officers responding to a call of shots fired found two men lying in the street with gunshot wounds to the head in the 3900 block of West Thomas, police said. Armani Pickett, of the 5700 block of North Talman, was pronounced dead at the scene at 4:05 a.m., authorities said. A 36-year-old man was taken to Stroger Hospital in critical condition. Another man, 42, suffered a gunshot wound to the arm and later showed up at Norwegian American Hospital, where he was listed in good condition.

About the same time, nearly 6 miles away in the Brighton Park neighborhood, a woman was killed in a shooting that also wounded two men on the Southwest Side. They were all inside a vehicle parked in the 3800 block of South St. Louis when another car pulled up, and a gunman got out to fire at least 16 shots before driving away, authorities said. Natalia Ramirez, 27, was shot in the head and taken to Mount Sinai Hospital, where she died at 4:02 a.m. A 22-year-old man who was shot in the back was also taken to Mount Sinai, police said. A 28-year-old man was shot in the hip and taken to Stroger Hospital. The conditions of both men had stabilized.

The weekend’s latest nonfatal shooting left a man wounded on the North Side early Monday. The 24-year-old was walking at 1:23 a.m. in the 2000 block of West Diversey when someone in a gray vehicle fired shots, police said. He suffered a graze wound to the right side of his face and was taken by a friend to Swedish Covenant Hospital, where his condition was stabilized.

At least 42 other people were wounded in shootings across Chicago between 4 p.m. Friday and 1 a.m. Monday.

Last weekend, 39 people were shot in Chicago, 10 of them fatally.