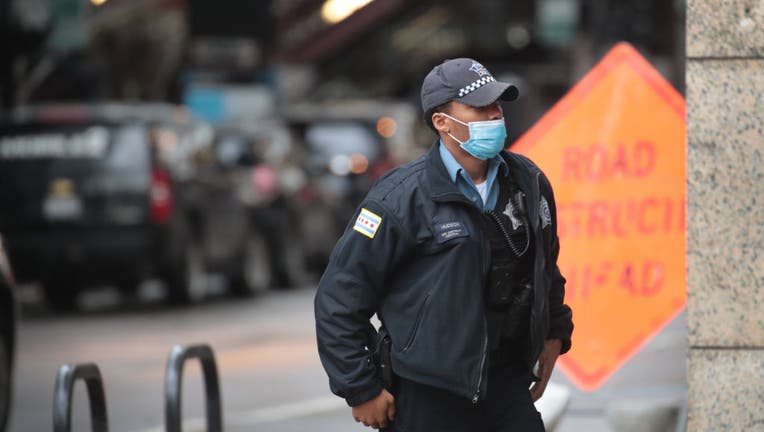 CHICAGO, ILLINOIS - APRIL 30: A police officer patrols in the Loop on April 30, 2020 in Chicago, Illinois. (Photo by Scott Olson/Getty Images)

That brings the state’s death toll to 7,026 and the total case count past 147,800, according to the Illinois Department of Public Health.

Three of the new deaths happened in Cook County, while two others were in Champaign County and one was in DeKalb County, according to the health department.