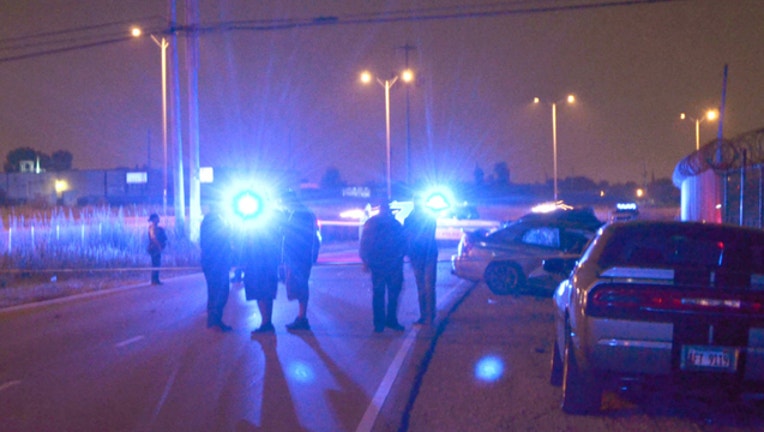 CHICAGO (SUN TIMES MEDIA WIRE) - Six people died overnight in crashes across Chicago, including a woman who was ejected from a motorcycle and two teenagers who were driving on the Far South Side.

The last crash killed a driver in the Ravenswood neighborhood on the North Side, according to police. About 4:30 a.m., a 35-year-old man was driving north in the 4900 block of North Ashland Avenue when he crossed the median and struck a cab head-on, Chicago Police said.

The man’s vehicle then struck a parked car and finally landed on another parked vehicle, police said. The driver was pronounced dead at the scene. The driver of the cab was taken to Saint Francis Hospital in Evanston, where his condition was stabilized but serious.

About 1:20 a.m., a man and woman were killed in a high speed, rollover crash that involved four vehicles in the South Deering neighborhood. The crash happened about 1:20 a.m. in the 2100 block of East 103rd Street when a Chevy sedan traveling at a high rate of speed east hit a Cadillac going in the opposite direction, police and the Chicago Fire Department said.

After the initial collision, the Cadillac struck a Buick and the Chevy struck a Jeep, which then flipped onto its roof.

Retired CFD ambulance commander Richard Biehl and his wife, Susan, were killed in the crash, according to the fire department.

A 61-year-old woman was extricated from the Jeep and taken to University of Chicago Medical Center, police said. The Cook County Medical Examiner’s Office did not immediately released details about the fatality.

The driver of the speeding Chevy, a 30-year-old man, was in critical condition at the same hospital, according to police. Three other victims of the crash were taken to hospitals with injuries that were not life-threatening. Police said the incident appeared to be related to alcohol.

Police investigate a serious crash about 12 a.m. Sunday, July 29, 2018 in the 12000 South Doty Avenue in Chicago. | Justin Jackson/ Sun-Times
About 11:30 p.m., two teenage occupants of a speeding car were killed late Saturday when they collided head-on and critically injured the occupants of another car on the Far South Side. The two 18-year-old men in a Subaru traveling north at a high rate of speed hit a Chrysler 300 head-on in the 12000 block of South Doty Avenue, a road that runs along I-94 in the Pullman Industrial Corridor, according to police and fire department officials.

The driver and passenger of the Subaru were taken to University of Chicago Medical Center while being treated with CPR, fire officials and police said. They were pronounced dead at the hospital. The 21-year-old male driver and 16-year-old male passenger of the Chrysler were taken to Christ Medical Center in Oak Lawn in critical condition. The medical examiner’s office hasn’t released details about the fatality.

The first fatal crash of the night involved a female passenger of a motorcycle who was ejected in the Humboldt Park neighborhood on the Northwest Side. Shortly before 10 p.m., the driver of the motorcycle, a 38-year-old man, collided with a vehicle that was turning left in the 3200 block of North Avenue, according to police.

Witnesses told police that the motorcycle ran a red light. The 28-year-old passenger of the motorcycle, Nicole Villavicencio, was ejected and was taken to Illinois Masonic Medical Center, where she was pronounced, police and the medical examiner’s office said. The driver was in serious condition at the same hospital.

An autopsy conducted Sunday found that Villavicencio died from injuries related to the crash, and her death was ruled an accident, the medical examiner’s office said. She lived in the Cragin neighborhood.

No other injuries were reported and no citations were issued, police said.