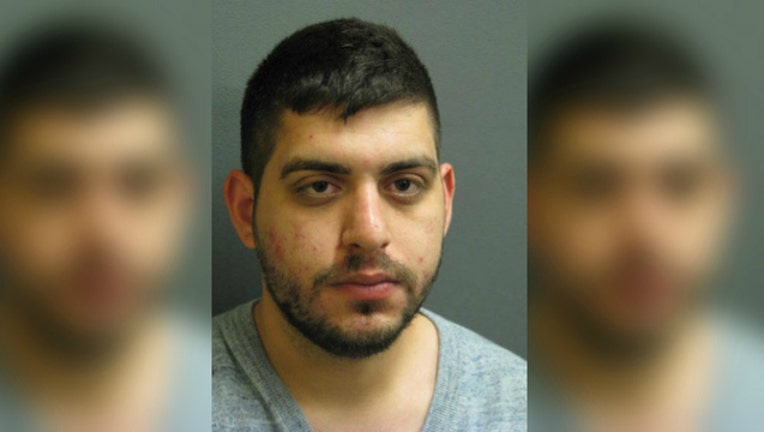 Sargon Mirza, 24, was charged with felony counts of residential burglary and unlawful possession of a controlled substance; and misdemeanor counts of criminal damage to property and criminal trespass, according to Evanston police.

The woman returned to her home in the 6200 block of Mulford Street at 6:11 p.m. and found a man inside, police said. The burglar ran from the home with the woman’s suitcase.

Officers responding to the burglary saw the man running near the CTA tracks between Mulford Street and Brummel Street, police said. The man, later identified as Mirza, was arrested in the 1400 block of Brummel Street.

The suitcase was later recovered near the woman’s home and contained two laptops, a tablet, purse, video camera and a jar full of coins, all of which had been stolen from the woman’s home, police said.

Mirza, of the 800 block of North Marshfield in Lincolnwood, also illegaly had Vicodin and Hydrocodone pills when he was arrested, police said.