Vosheaa Haynes, 36, of Aurora, Shavonna Taylor, 33 of Aurora, Ariel Jakes, 21, of Naperville, Deyona Tucker, 30, of Chicago, Laketha Britton, 27, of Chicago, Octavia May, 29, of Romeoville, and Stephanie Brown, 35, of Chicago, were named in an eleven-count indictment filed in DuPage County on Sept. 16. 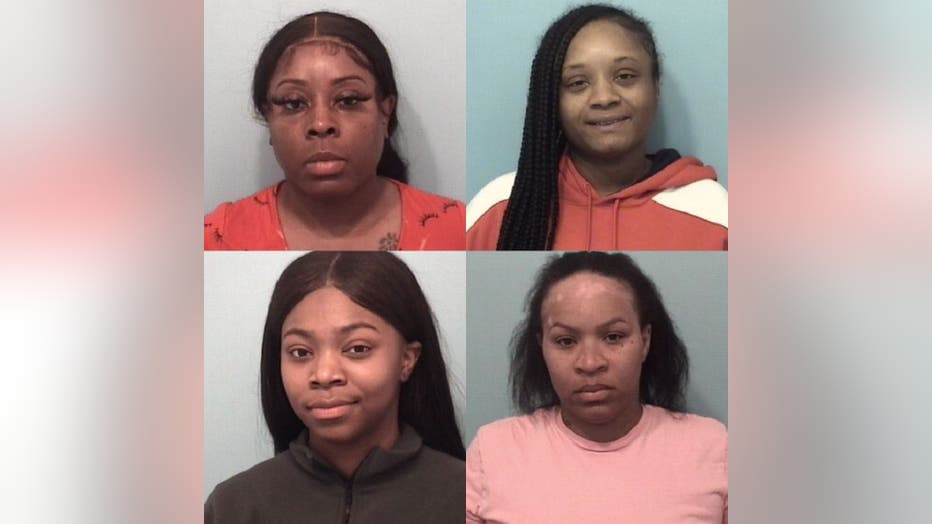 Taylor, Jakes and Brown were also taken into custody on Sept. 23 and charged with continuing financial crimes enterprise and identity theft.

Taylor and Jakes, who were active postal carriers at the time of the alleged scheme, were also charged with mail and wire fraud.

Arrest warrants are in effect for Tucker, Britton and May.

According to the DuPage County State's Attorney's Office, Taylor and Jakes, who delivered mail throughout Naperville, allegedly stole credit and debit cards from the mail and gave them to Haynes as part of a scheme to launder illicit gift cards by redeeming them for U.S. currency.

Haynes and other defendants would then allegedly activate the stolen credit or debit cards and use them to purchase Visa/MasterCard gift cards from various stores, including Home Depot, Walmart and Sam's Club.

Haynes and the other defendants then took the gift cards to currency exchanges in Chicago and Oak Park, and redeemed them for U.S. currency.

When none of the victims received their new credit/debit cards, investigators determined that they were stolen out of the mail.

"The charges against these seven individuals are the direct result of local and federal agencies working together for the common good," DuPage County State’s Attorney Robert Berlin said. "The allegations that these seven individuals, two of whom were employees of the federal government, stole victims’ identities in an attempt to line their own pockets at the expense of others are very disturbing. I want to stress however, that the alleged involvement of two active postal carriers is in no way indicative of the outstanding men and women of the U.S. Postal Service who perform their duties with pride and professionalism on a daily basis to ensure the smooth operations of the postal service on which we all rely."

The amount of money swindled from the victims exceeds $50,000, divided between approximately 40 victims, prosecutors said.

Jakes, Brown and Haynes were released from custody on Sept. 23 after posting bond.

Taylor was released from custody on Sept. 28 after posting bond.