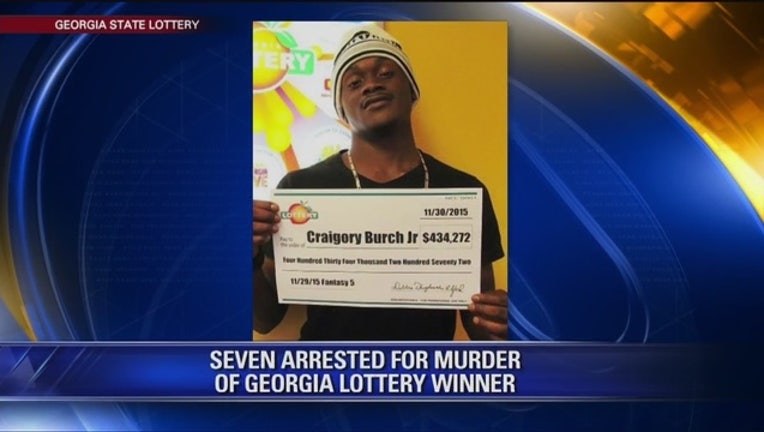 FITZGERALD, Ga. (AP) — Authorities say seven people have been charged in the shooting death of a recent Georgia Lottery winner.  Ben Hill County Sheriff Bobby McLemore says the seven suspects, who range in age from 17 to 28 years old, all face charges of malice murder, aggravated assault, armed robbery and possession of a firearm during the commission of a crime.

Authorities say three masked men broke into 20-year-old Craigory Burch Jr.'s Fitzgerald home in January, demanded money and then fatally shot Burch.  The attack came two months after Burch won $434,272 from hitting the Fantasy 5 jackpot.  McLemore says he expects there to be more arrests in connection with the attack, which investigators believe was targeted, and not random.