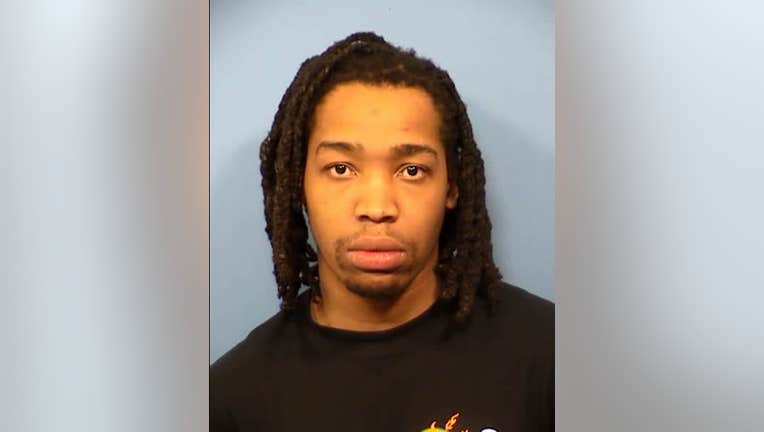 OAK BROOK - A bond has been set for a Cook County man accused of attempting to break into an Oak Brook home on Thanksgiving night.

Sean Anderson, 24, of Westchester, was charged with one count of armed violence, attempt home invasion, attempt residential burglary and unlawful possession of a weapon, according to a news release from the DuPage County State’s Attorney's Office.

According to the release, just before 6 p.m. on Thanksgiving, Oak Brook police responded to a home on Glenoble Court, after receiving a call that a man was attempting to break in. When officers arrived, they identified Anderson as the suspect, learning that he fled towards Roosevelt Road through the backyard, the release states.

Two on-duty officers saw Anderson and began to chase him down on foot, the release states. He was apprehended less than one  quarter mile away on Roosevelt Road, near the Interstate 294 ramp.

According to the release,  it is alleged that officers saw a loaded gun under Anderson, as they rolled him over from his stomach to his back.

The release states that further investigations allege the woman in the home heard knocking at the back door, believing it may have been her husband. She then opened the door, finding Anderson had already opened the screen door, further stating that he was from an energy company - demanding he be let inside, according to the release.

According to the release, officials later discovered that Anderson is currently on parole for a 2018 car jacking in Cook County.

"I want to remind homeowners not to open their doors to anyone they are not expecting or who does not have the proper credentials," Berlin said. "I commend the Oak Brook Police Department for their quick response and apprehension of Mr. Anderson."

Anderson’s next court appearance is scheduled for Dec. 20 for arraignment in front of Judge Ann Celine O’Hallaren Walsh. If convicted of the most serious offense, he faces a penalty between 15 and 30 years in the Illinois Department of Correction, the release states.

Charges are merely allegations. All defendants are presumed innocent and entitled to a fair trial in which it is the government’s burden to prove his or her guilt beyond a reasonable doubt.