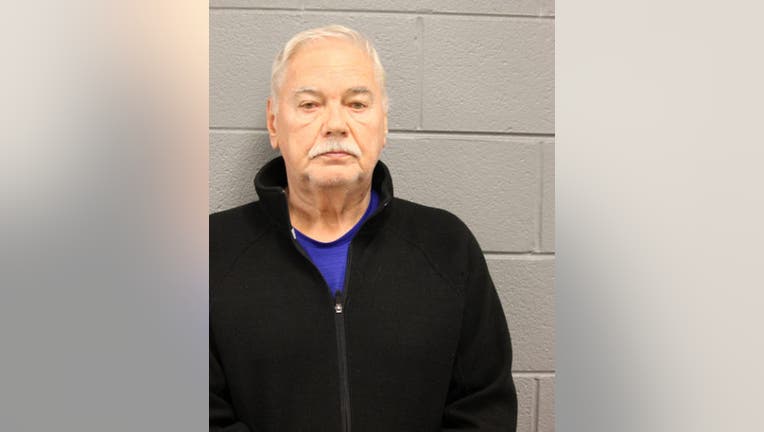 CHICAGO - An 85-year-old man became the eighth inmate at the Cook County Jail to die of coronavirus-related causes Monday.

Harold Graszer died Monday at Stroger Hospital after testing postitive for COVID-19, the Cook County sheriff’s office said. An autopsy conducted by the Cook County medical examiner’s office said he died of septic shock due to a COVID-19 infection, with hypertension and chronic kidney disease as contributing factors.

Graszer, of Sublette, was arrested Oct. 8, 2019, on charges of aggravated criminal sexual abuse and predatory criminal sexual assault, according to Chicago police. He was accused of sexually assaulting two people under the age of 13.

A motion to reduce his $150,000 bail was denied Sept. 30, according to court records and the Cook County sheriff’s office.

He was taken from the jail to Stroger Hospital Nov. 13 after complaining of tightness in his chest and shortness of breath, the sheriff’s office said in a statement.

Graszer is the first person at the jail to die of coronavirus-related causes since May. As ofTuesday evening, 144 detainees were currently positive for COVID-19, along with 46 correctional officers.

In a statement, the Chicago Community Bond Fund argued that Graszer’s death was evidence of the need for bond reform.

“Mr. Graszer, who was 85 years old and at high risk, would be alive today if he had been released on bond,” said Alexa Van Brunt, MacArthur Justice Center attorney. “Bond reform is now a matter of life and death.”

So far, 673 detainees have tested positive for the coronavirus, with eight of them, including Graszer, dying, according to the sheriff’s office. Among sheriff’s office employees, 755 total cases have been identified, with five deaths.