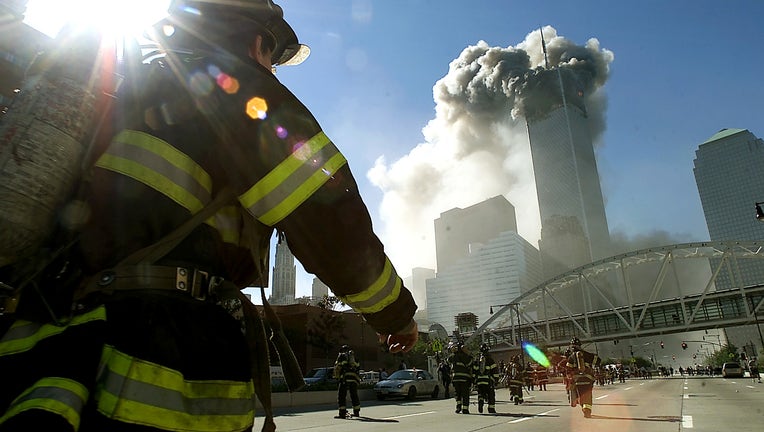 Firefighters walk towards one of the tower at the World Trade Center before it collapsed after a plane hit the building September 11, 2001 in New York City. (Photo by Jose Jimenez/Primera Hora/Getty Images)

Twenty-one years after the 9/11 terrorist attack that killed nearly 3,000 people, one man who witnessed the atrocity firsthand and survived recounted to Fox News Digital his story of going to work on the World Trade Center’s 81st floor on the morning of Sept. 11, 2001.

David Paventi was working for a large bank based out of Charlotte, North Carolina. As he sat in a meeting on the 81st floor of the World Trade Center’s North Tower 21 years ago in a room with no windows, he felt the room shake, causing everyone in the room to look at each other.

"At first I thought it was an earthquake because the building shifted one way and then back the other, and then it started to shake," Paventi told Fox News Digital. "I started to go under the table because I didn’t want the light to fall on me, but everyone rapidly started exiting the room."

Paventi says the next thing he remembers is someone yelling, "A plane hit the building!" as people headed for the stairs. 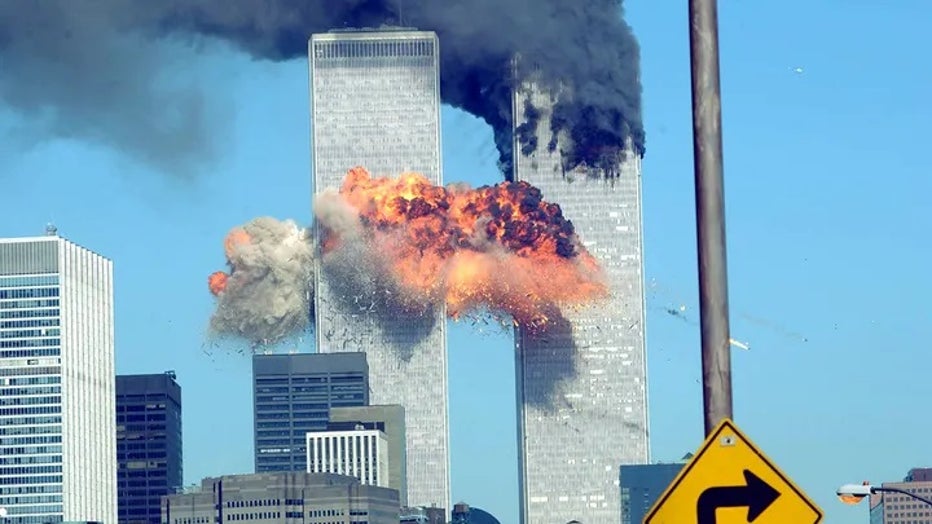 The World Trade Center is in flames after being hit by two planes on Sept. 11, 2001, in New York City. (Spencer Platt/Getty Images)

"In the stairwell, there were not a lot of people coming from upstairs," Paventi said. "Tells you what was going on a few flights up."

When Paventi got down to the 70th floor, he says that the narrow stairwell was backed up, and he remembers that not many people were talking and that the atmosphere was "eerily quiet."

On his two-way pager that he used to get news and stock updates, Paventi says he learned that a jetliner had hit the tower and soon was informed that a second plane had hit the South Tower in what was believed to be a terrorist attack. 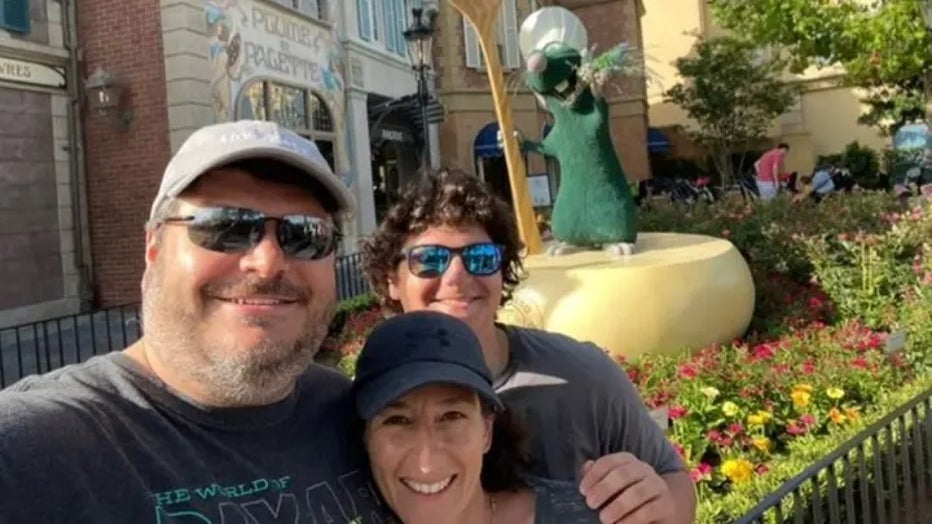 "A couple of times we’d sit there, and we’d look at each other thinking, should we try another stairwell?" Paventi said about the thought process he and his colleague had while waiting to escape the building, knowing an attack was taking place. "But then it would begin moving. So, we ended up staying in the same stairwell."

Paventi continued, "There was one point when everyone got over so the firemen could run up. Here we were all trying to get out and all these guys coming up in full gear, carrying hoses. I couldn’t imagine running up to this fire, running upstairs and knowing you still have 40-50 flights to go."

Paventi says one of the firefighters who stopped to take a break during the climb to the top told him, "I get to do all this for 35,000 a year." 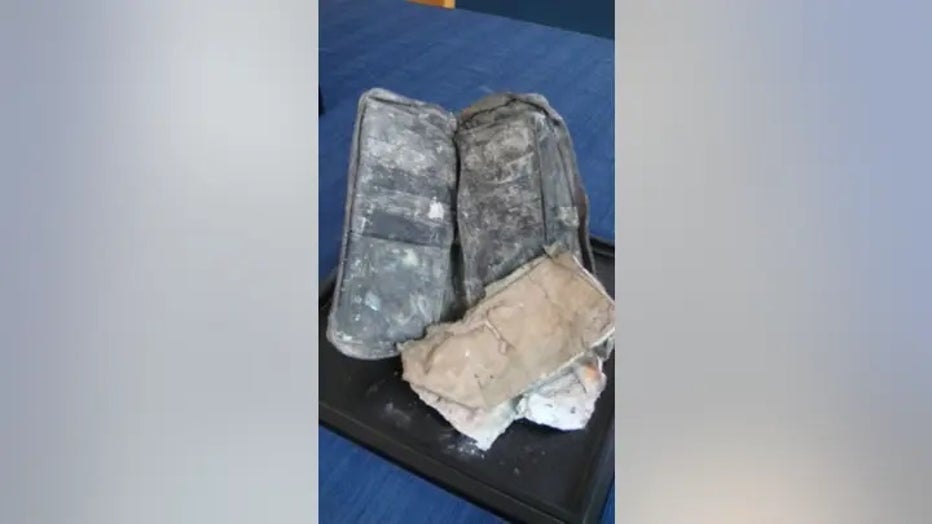 "Him saying that to me," Paventi said. "It stuck with me all these years."

Paventi explained that when he finally got down to the lobby, all the lights were out, the emergency lights had come on and there was water on the floor.

"Looking outside, it looked like a scene from 'Die Hard,'" Paventi said. "Windows were blown out, there was glass everywhere."

Paventi then exited to the courtyard and heard people yelling at him to run.

"Don’t look, just run, they said," Paventi explained. "We started running uptown, and I remember looking up and watched as the first tower just dropped in on itself. My co-worker had just gotten a hold of his wife and the last thing she heard from him was, ‘Holy s--t’, before the phone cut out."

Paventi says he barely avoided the debris cloud from the buildings collapsing after turning a corner but saw plenty of people covered in thick dust in the aftermath of the collapse.

Paventi and his co-worker decided to get off the island as quickly as possible and decided to walk across the Queensboro Bridge and hitchhike to his co-worker’s brother’s home on Long Island.

As Paventi and his co-worker walked across the bridge, it began to shake violently.

"I look to the skyline, and the other tower just starts to melt down into the skyline," Paventi said. "Literally disappeared. We look at each other and just start running. I remember a fighter jet flying over the bridge and wondering, ‘Is that one of ours, a good plane?'"

MAINE’S WREATHS ACROSS AMERICA RAISES THE FLAG EVERY TUESDAY SINCE 9/11: ‘REMEMBER WHAT IT STANDS FOR’ 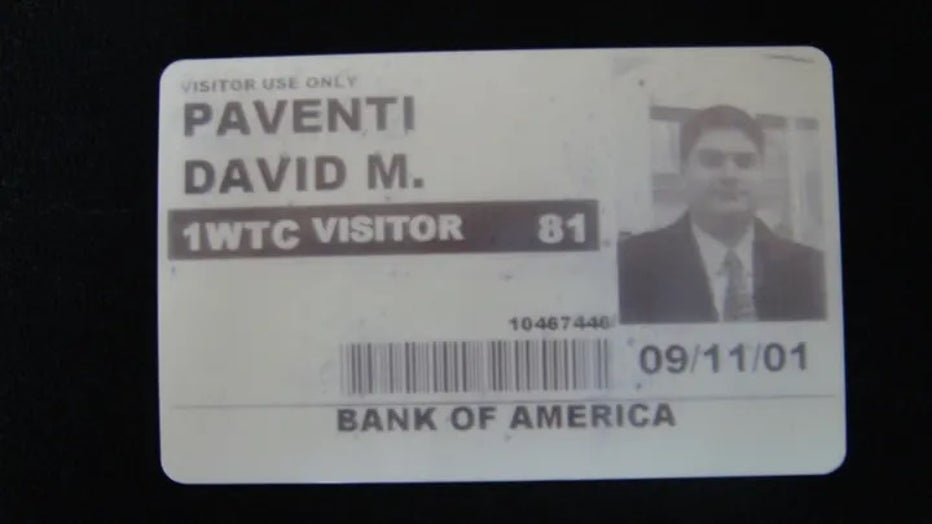 Paventi was able to hitchhike to safety and secure a rental car on his way back to North Carolina the next day, but he told Fox News Digital that he received a phone call from the New York Police Department a few years later that he never expected.

"The person said, 'We have your briefcase,'" Paventi recounted. "I was like, 'What are you talking about, I have my briefcase right here next to me.' He says, 'I’m not arguing, we have a case, and it has your name on it.'"

A couple of months later, when Paventi was back in New York City for business, the police department gave him a mangled plastic bag containing his belongings from ground zero.

"It was my travel wallet," Paventi explained. "Inside was my passport, my frequent flyer card, that’s how they knew it was mine. It was burned and covered in dust. In the case there was a note that said, 'D. Paventi assumed DOA.'"

Years later, Paventi visited ground zero and remembers giant fences with big banners that listed the thousands who lost their lives in the terrorist attack.

"That's where my name would be," Paventi says he told his wife, adding that it is "really strange to think about that stuff."

"What if we went to a different stairwell?" Paventi said. "Things would’ve been different."