CHICAGO - A statue of young Abraham Lincoln has been defaced with red paint and words referencing troubles with Native American tribes.

The statue has stood in Chicago’s Edgewater neighborhood since the city donated it to Senn Park in 1997. 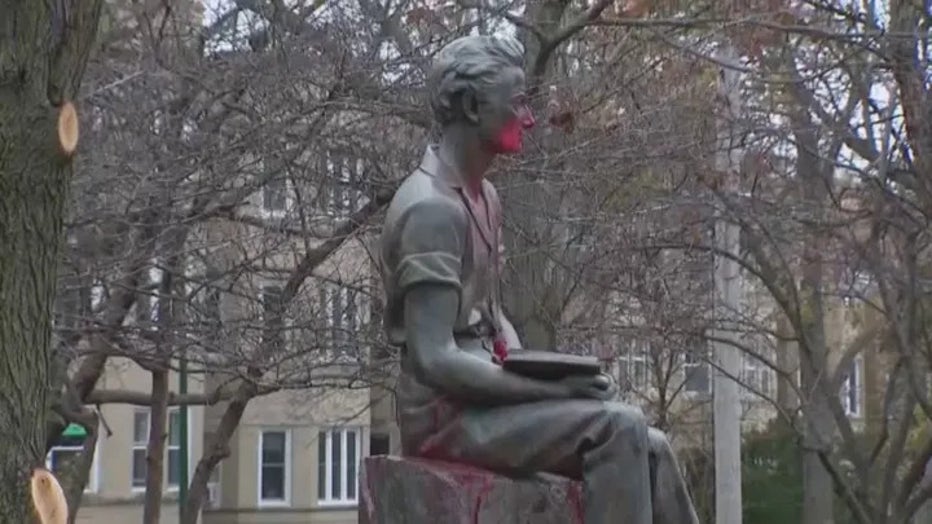 And over Thanksgiving weekend residents around the park found the statue covered in splashes of red paint along with the words "COLONIZER" and "LAND BACK." The vandals also may have written "Dakota 38" in possible reference to 38 Dakota Sioux members executed on Lincoln’s order following the U.S.-Dakota war in 1862, the Chicago Tribune reported.

The statue was one of many in the city examined as part of a commission set up after protests in 2020 that targeted statues of figures with controversial histories. Debate over former American presidents has proven especially contentious.

A city panel recommended Friday that Chicago permanently remove its three Christopher Columbus statues and the Balbo Monument in Burnham Park, and consider altering or removing nearly 40 other monuments.

Chicago had removed a statue of Christopher Columbus at the recommendation of a city commission, but the same commission suggested further review for the Young Lincoln statue.

But Lincoln, known famously for helping end legal slavery in the United States, has faced criticism in recent years following renewed focus on his role in the Sioux uprising.

The armed conflict between the U.S. and several bands of eastern Dakota raged for six weeks in southwestern Minnesota during the height of the Civil War after four young Dakota men attacked and killed five settlers. 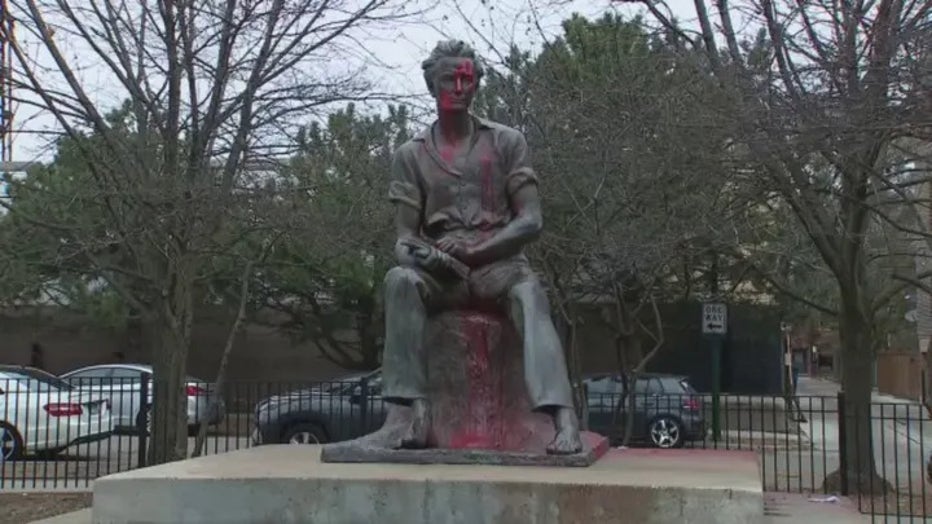 The war left 358 settlers, 77 U.S. soldiers and 29 volunteer militia members dead. The number of Dakota casualties is unknown, but Lincoln commuted the sentences for 303 of 498 captured Dakota men, thereby approving the execution of 38 Dakota men.

The Young Lincoln statue is the second one vandalized in Chicago in the past six weeks: Anonymous vandals similarly spray-painted a statue of Lincoln in Chicago’s Lincoln Park in early October, writing the words "Dethrone the colonizers," Land back!" and "Avenge the Dakota 38." 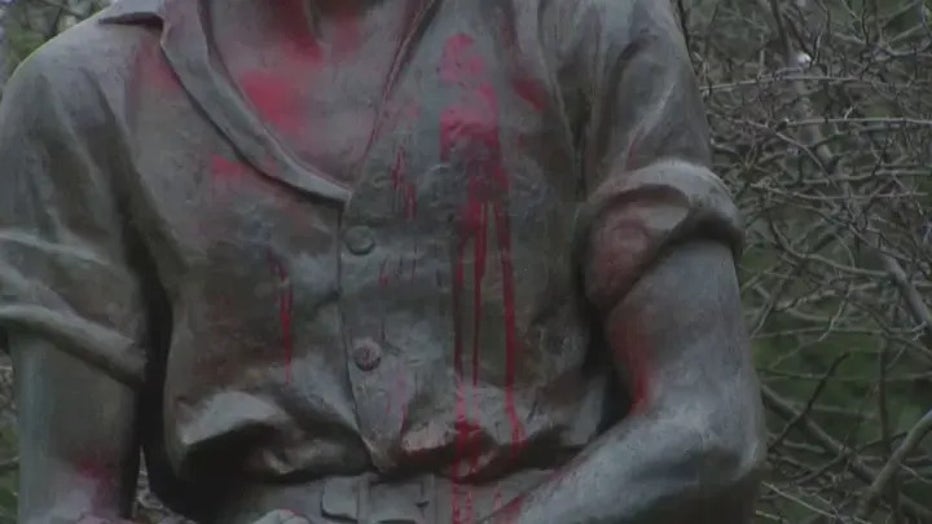 The group also posted lists of the 38 Dakota men and said it wanted to "tear down the myth of Lincoln the great liberator."

Chicago police have no one in custody, but detectives will continue to investigate.